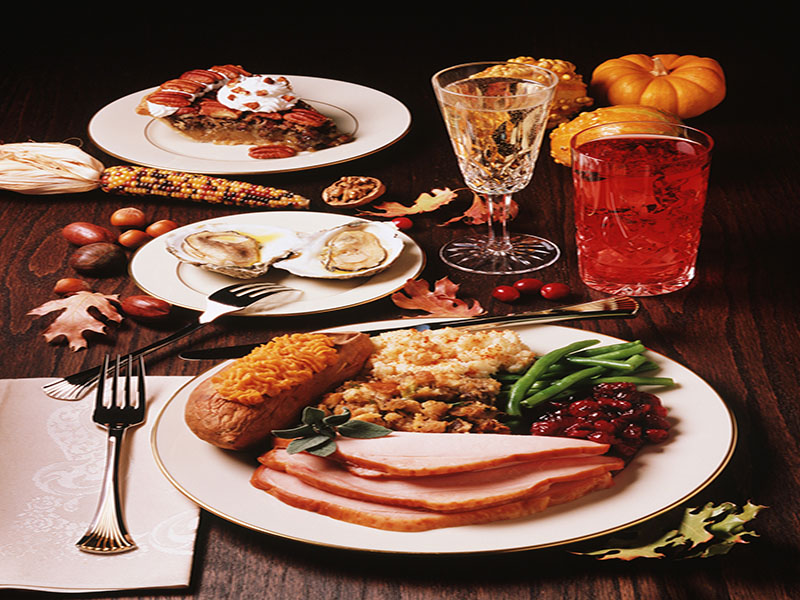 WEDNESDAY, Sept. 21, 2016 (HealthDay News) -- All that feasting between Thanksgiving and New Year's Day can mean widening waistlines for Americans.

But they're not alone: New research shows that holidays in Germany and Japan pose the same challenges.

"In these three prosperous countries, weight gain occurs during national holidays," concluded a team led by Elina Helander, of Tampere University of Technology in Tampere, Finland.

The study, published Sept. 22 in the New England Journal of Medicine, came as no surprise to one U.S. nutritionist.

The findings "reinforce what many men and women admit to -- it's really difficult to stay on track with a healthy eating plan during the holidays," said registered dietitian Dana Angelo White.

"Many Americans decide to completely throw any sense of healthy eating out the window from November to January, and this is no good for our waistlines," said White. She is a clinical assistant professor of sports medicine at Quinnipaic University in Hamden, Conn.

But what about the Germans and Japanese -- do they fare any better in terms of keeping the pounds off during the holidays?

To find out, Helander's team used high-tech "wireless" scales to track the weight of nearly 3,000 people in those two countries plus the United States.

In the study groups from each country, participants averaged about 42 years of age, and men outnumbered women. In the American group, 24 percent were already obese, compared to 19 percent of the Germans and 11 percent of the Japanese.

Weight was tracked in all three countries for the 10 days before and after Christmas Day. Weight was also tracked for Americans around the Thanksgiving holiday, for Germans around the Easter holiday, and for the Japanese around the time of that country's Golden Week holiday (late April to early May).

The investigators found very similar bumps up in weight gain for people in all three countries around the Christmas holidays.

In the United States, people averaged a 0.4 percent rise in their weight during this time, compared to 0.6 percent in Germany and 0.5 percent in Japan, the findings showed.

The Japanese piled on an extra 0.3 percent of body weight during Golden Week, the study found, while Germans and Americans averaged a 0.2 percent rise in weight during Easter and Thanksgiving, respectively.

Helander's team noted that not all of this holiday weight is easily lost again.

"Although up to half of holiday weight gain is lost shortly after the holidays, half the weight gain appears to remain until the summer months or beyond," the study authors wrote. And, "of course, the less one gains, the less one then has to worry about trying to lose," they added.

Stephanie Schiff is a registered dietitian at Huntington Hospital in Huntington, N.Y. She said the patterns outlined in the study are familiar and understandable.

"Holidays are tied in to tradition and family, two things that make it very hard to say 'no' to certain dishes," she said. "The fact that people gain extra weight over the holidays is often reflected by the increase in attendance at gyms and health clubs right after the New Year," Schiff said.

So, how can people navigate the upcoming holiday season without packing on the pounds? White offered a few tips.

"Try to eat normally as much as possible," she said. "Restricting calories at other meals in an effort to 'save' calories for parties and large family meals tends to backfire and leads to overeating."

She also advised people to be alert to "liquid calories," especially in the form of alcoholic beverages. "Drink more water and indulge in a cocktail or two -- but that's it," White said.

Finally, she said, "hold yourself accountable and make it a family affair. Plan to have some healthy options available at holiday gatherings and come up with creative ways to get in some physical activity."

According to Schiff, healthier cooking options may be as simple as substituting chicken broth for butter in stuffing, or serving mashed cauliflower or parsnips instead of mashed potatoes.

And, White said, remember that "the holidays will come and go, but that extra weight will stick with you if you aren't more mindful about your choices."