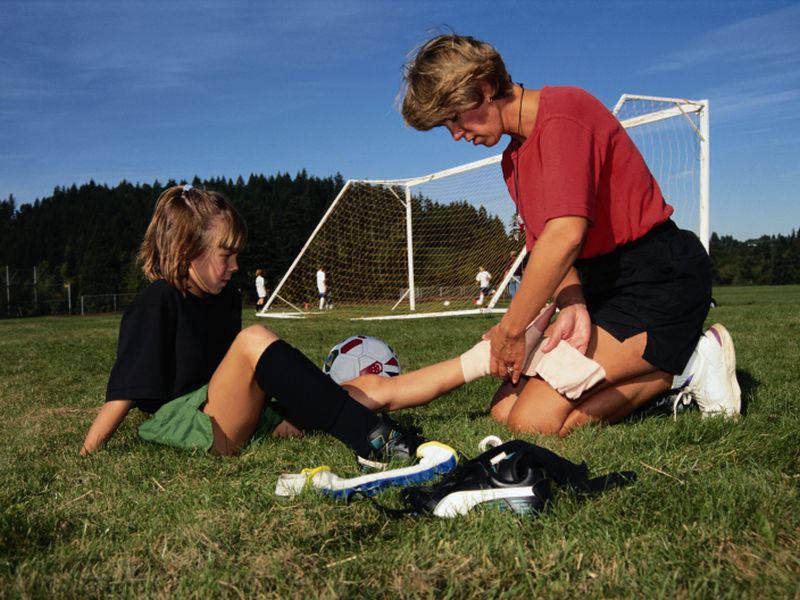 MONDAY, Sept. 12, 2016 (HealthDay News) -- As the popularity of soccer has grown in the United States, so has the annual rate of soccer-related injuries in kids.

Concussions made up only 7 percent of these injuries. But the yearly rate of concussions shot up nearly 1,600 percent over 25 years, the researchers said.

Both the number and rate of soccer-related injuries increased significantly over the study period, he said.

"This means that the increase in injuries doesn't just come from more children playing soccer, but that athletes may be getting injured more frequently," Xiang said.

Some of the increase is because more athletes are reporting injuries, especially concussions, due to more education and awareness, he said.

Some of the increase also came from more girls playing soccer, Xiang said. "As girls picked up the sport in greater numbers over the past 25 years, they accounted for more injuries as they were learning how to play the game," he said.

In addition, some of the increase came from the higher intensity and duration of playing at middle school and high school levels, Xiang said.

"Two-thirds of the injuries in our study occurred among 12- to 17-year-olds, and the rate of injury was three times higher among this age group than among the younger athletes," he said.

These kids are more likely to be playing soccer at school and with local and travel teams throughout the year than they were at the beginning of the study, Xiang said.

"They also tend to have a more aggressive style of play than younger athletes and have higher energy impacts when they are injured due to their larger body size," he said.

For the study, Xiang and his colleagues collected 25 years of data on soccer injures from hospital emergency departments. They looked for injuries that occurred to players 7 to 17 years old.

In addition to concussions, the researchers found that most injuries -- such as sprains, strains and broken bones -- occurred when a player was struck by another player or the ball (39 percent) or when they fell (29 percent).

Most injuries (73 percent) were among older children and teens 12 to 17. Slightly more males were injured -- 56 percent.

One sports medicine expert thinks too many kids are going to the emergency room with injuries that can best be handled by their family doctor.

"We need to address the problem of a huge number of kids going to the emergency room when they should be going to their primary care doctor," said Dr. John Kuluz. He's director of traumatic brain injury and neurorehabilitation at Nicklaus Children's Hospital in Miami.

"We need to know how many really benefit from going to the emergency room," he said.

Parents and coaches should be educated about the criteria for sending children to the emergency room, Kuluz said.

For example, a lot of children with concussions go to the emergency room who don't need to go, he said. "The only time you should go is if there are serious symptoms such as recurring vomiting or changes in consciousness or loss of consciousness, Kuluz said.

To help reduce the rising number of soccer-related injuries, Xiang offered these recommendations:

The report was published Sept. 12 in the journal Pediatrics.