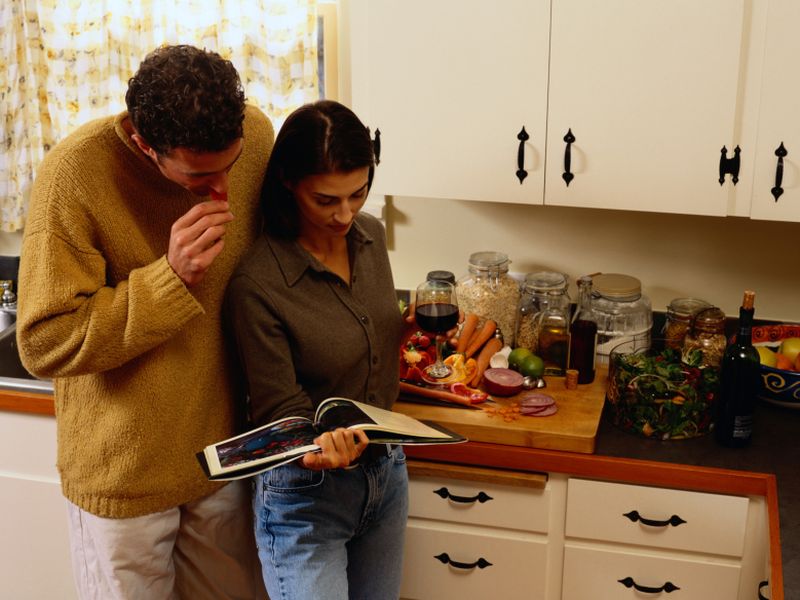 FRIDAY, Sept. 2, 2016 (HealthDay News) -- Changing the way you cook could help reduce your risk of getting type 2 diabetes, a new study suggests.

Boiling, steaming and poaching look like the safest way to go, researchers say.

Higher levels of AGEs have been linked to insulin resistance, stress on the body's cells and inflammation, according to the study authors. These are troublemakers in terms of diabetes risk.

Insulin is a hormone that helps blood sugar from food get into cells for energy. Without insulin, or with insulin resistance, too much sugar remains in the blood. This can lead to serious problems for the heart, eyes, kidneys and other organs.

"When you look at people with chronic diseases like type 2 diabetes or dementia put on a high-AGE diet or a low one, those on the low-AGE diet show signs of decreasing inflammation," said the study's lead author, Dr. Jaime Uribarri. He's a professor of medicine at the Icahn School of Medicine at Mount Sinai in New York City.

All were at least 50 years old. And they had at least two of the following five health concerns (or were on medications for these problems): a large waist circumference (40 inches for men, 35 for women); high blood pressure; low HDL (good) cholesterol; high triglycerides (another type of blood fat); or elevated fasting blood sugar levels.

Those in the low-AGE group were given instructions on how to lower the AGE content in their foods. They were told to avoid frying, baking or grilling foods. Instead, they were encouraged to boil, steam, stew or poach their meals -- in other words, cook with water.

A dietitian checked in with the low-AGE group twice a week, and met with each person every three months to review their cooking methods and to encourage low-AGE cooking.

The regular-AGE group was instructed to continue cooking as they already did. The study lasted one year.

In the low-AGE group, "all the parameters in stress and inflammation we tested for improved. And we showed that insulin resistance came down," Uribarri said. "These findings are highly suggestive of a cause-and-effect relationship, but our study needs to be demonstrated again in a larger study with different sites, different populations and different habits."

Body weight dropped slightly in the low-AGE group, and no side effects were seen, the authors said.

"We imagine the more you [cook with low-AGE methods], the better. We think it will be proportionate," Uribarri said.

"We know that we have AGEs that are increased by cooking, but many foods themselves are also high in AGEs. So, in addition to changing how we cook, we also want to change what we're eating," said Samantha Heller. She's a senior clinical nutritionist at New York University Langone Medical Center in New York City.

"I think it's more important to focus on the quality of your food choices. Vegetables and other plant foods aren't as high in AGEs," she noted.

But, Heller added, nutrition experts often emphasize making small changes. And switching to lower-AGE cooking methods for at least some of your meals may be one way to start making small, healthy changes.