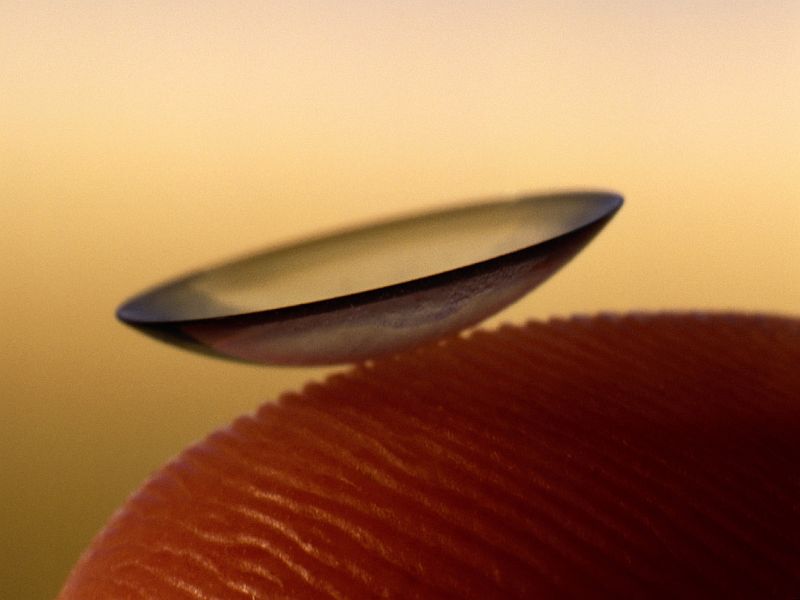 TUESDAY, Aug. 30, 2016 (HealthDay News) -- A special type of contact lens has been designed to gradually deliver medication to the eye, researchers report.

This kind of contact lens could help people who have a hard time using eye drops to treat conditions such as glaucoma, the study authors explained.

The new study showed that the drug-dispensing lenses were able to effectively lower the eye pressure in monkeys with glaucoma at least as much as the standard eye drops used to treat the disease.

"This promising delivery system removes the burden of administration from the patient and ensures consistent delivery of medication to the eye, eliminating the ongoing concern of patient compliance with dosing," study co-author Dr. Janet Serle said in a news release from the Massachusetts Eye and Ear Infirmary. Serle is a glaucoma specialist at Icahn School of Medicine at Mount Sinai in New York City.

Glaucoma is a group of diseases where increased pressure in the eye damages the optic nerve, according to the U.S. National Eye Institute. It's the number one cause of irreversible blindness around the world. There is no cure for this disease, but treatment can reduce pressure in the eye and help prevent vision loss.

Right now, glaucoma medications only come in eye drops. Patients who have trouble with eye drops may not use their medication as directed by their doctor, the researchers pointed out.

"If we can address the problem of [people not using their eye drops as directed], we may help patients adhere to the therapy necessary to maintain vision in diseases like glaucoma, saving millions from preventable blindness," said study first author Dr. Joseph Ciolino. He's an ophthalmologist at Massachusetts Eye and Ear and an assistant professor of ophthalmology at Harvard Medical School in Boston.

"This study also raises the possibility that we may have an option for glaucoma that's more effective than what we have today," Ciolino said.

For the study, researchers tested the effectiveness of medicated contacts in four monkeys with glaucoma. The drug-administering contact lenses have a medicated polymer film that slowly delivered the glaucoma medication, latanoprost, to the monkeys' eyes.

The study found the contacts with lower doses of latanoprost reduced eye pressure as much as the eye drop version of the medication. And lenses that dispensed higher doses of the drug resulted in greater reduction of eye pressure than the eye drops.

Dr. Daniel Kohane, the study's senior author, said that "instead of taking a contact lens and allowing it to absorb a drug and release it quickly, our lens uses a polymer film to house the drug, and the film has a large ratio of surface area to volume, allowing the drug to release more slowly." Kohane is director of the Laboratory for Biomaterials and Drug Delivery at Boston Children's Hospital.

The drug in the medicated contacts is stored in the lenses' outer edges, leaving the center of the lens clear. As a result, the drug in the contacts doesn't impair vision, hydration or breathability. The contacts could be customized for each patient with a prescription to correct vision or not, the study authors said.

The researchers had previously shown in a 2014 study that the lens is capable of delivering medication continuously for one month.

More research is needed to confirm the new findings, particularly because animal research often doesn't produce similar results in humans. The study authors plan to test the safety and effectiveness of the drug-dispensing contacts on people.

The study was published online Aug. 29 in the journal Ophthalmology.