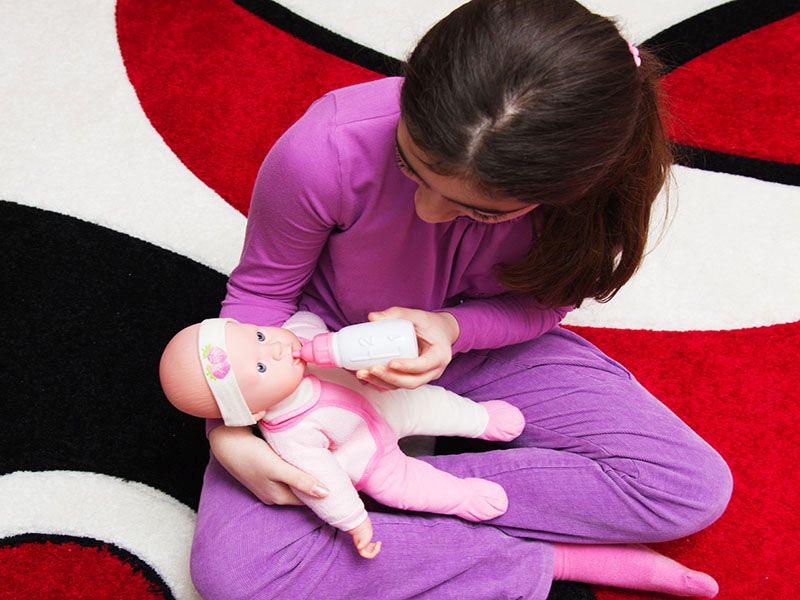 THURSDAY, Aug. 25, 2016 (HealthDay News) -- Teens are more, not less, likely to become pregnant if they take part in prevention programs that use lifelike robot babies to demonstrate the realities of motherhood, a new trial shows.

Australian girls given a baby simulator for a weekend were 36 percent more likely to become pregnant during their teenage years, compared to girls in a control group who only received standard health education, researchers found.

"Unfortunately, and surprising for us, the intervention definitely didn't work. It seemed to increase the pregnancy rate," said study author Sally Brinkman, an associate professor with the University of Western Australia.

Overall, the live birth rate was double for girls who participated in the infant simulator program -- 8 percent compared with 4 percent for the control group, researchers found.

The baby simulator program also appeared to convince girls to give birth rather than seek an abortion once they became pregnant, Brinkman said.

About 54 percent of the pretend mommies opted for abortion after they became pregnant, compared with 60 percent of girls in the control group.

These results run counter to the intention of the program, which has been implemented in as many as 89 countries worldwide. It should make school districts think twice about employing baby simulators in their pregnancy prevention efforts, Brinkman said.

The robot babies are designed to "put students off" the idea of pregnancy by providing a realistic simulation of motherhood, she said.

"They are extremely life-like," Brinkman said. "You have to change their [diapers]. You have to breast-feed them. They cry a lot, right through the night. They're programmed to act like a 6-week-old baby."

For this study, more than 1,260 girls aged 13 to 15 in the Perth, Australia metropolitan area took a six-day pregnancy prevention class that included taking home the baby simulator for a weekend. Another 1,567 girls participated in the control group and received standard health education.

Researchers followed the girls until age 20 to see how many would become pregnant, and whether they would give birth or choose an abortion.

The baby simulators tend to attract a lot of attention, which might blunt the intended message and instead make having a baby seem attractive, Brinkman said.

"It became quite a family thing to look after the baby simulators. There was quite a bit of positive attention as such," she said.

The program also might have failed because the girls didn't have the robot babies long enough to make an impact, Brinkman said.

Based on what's known about the developing teenage brain, it's very likely that girls caring for a baby simulator would come to the "counterintuitive" conclusion that motherhood might be easy and fun, said Bill Albert, chief program officer of the National Campaign to Prevent Teen and Unplanned Pregnancy in Washington, D.C.

"We know through brain research that the part of the teenage brain that is still in high development is the prefrontal cortex, which is the part of your brain that helps you understand future consequences," Albert said.

Teenagers might find it difficult to care for a simulated baby, but they won't necessarily make the connection between that and the even tougher task of raising their own live baby, he said.

"For some teenagers, they actually believe that the simulated baby has to be more challenging than a real baby would be," Albert said.

Teen pregnancy rates have declined significantly over the past two decades in the United States, falling to 24.2 births per 1,000 in 2014, according to the U.S. Department of Health and Human Services.

Albert attributes the decline to teenagers having less sex and using good forms of contraception when they do, including low-maintenance and highly effective methods like IUDs and birth control implants.

Positive peer influence also plays a role, driven in part by MTV shows such as "16 and Pregnant" or "Teen Mom" that show the true challenges of teen motherhood, Albert added.

"Young people tell us over and over again that they see these shows as cautionary tales," he said. "They see them as more sobering than salacious."