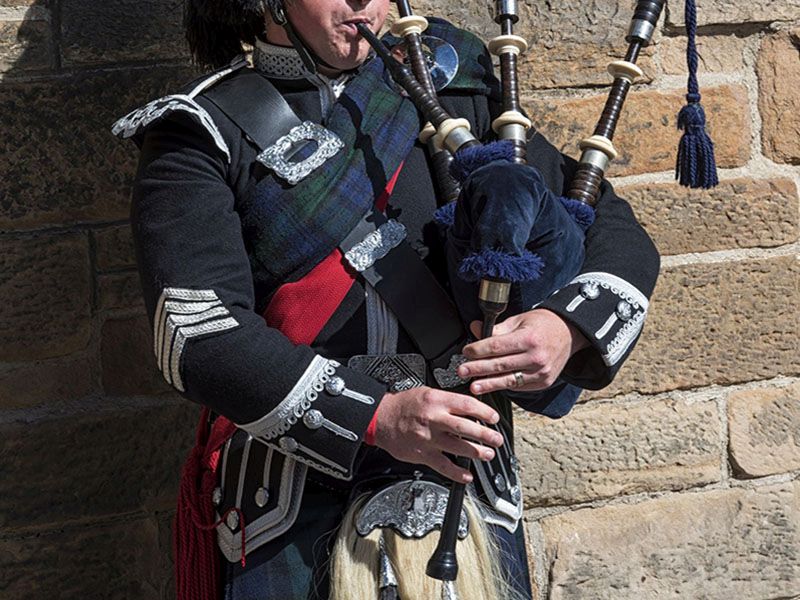 As the experts explained, the moist interiors of wind instruments can promote the growth of fungi and molds that, when breathed in regularly, can cause chronic inflammatory lung condition called hypersensitivity pneumonitis.

The disease is also often linked with regular exposure to birds, particularly pigeons.

The new report involves a 61-year-old man who was diagnosed with hypersensitivity pneumonitis in 2009. He was admitted to hospital in 2014 after his condition worsened to the point that he had trouble breathing and walking.

While doctors knew the patient had hypersensitivity pneumonitis, they didn't know the cause. He didn't handle pigeons. He didn't smoke. And, his house had no signs of mold or water damage.

However, he did play bagpipes daily as a hobby. Samples were collected from several areas inside his instrument, and those tests revealed a number of different types of fungi.

There have been other reported cases of hypersensitivity pneumonitis in trombone and saxophone players, but this is the first case linked with bagpipes, said the study authors, led by Dr. Jenny King, of the University Hospital South Manchester in the United Kingdom.

The researchers said any type of wind instrument could be contaminated with fungi and molds and put players at risk of hypersensitivity pneumonitis, but cleaning instruments immediately after use and allowing them to drip dry could reduce the odds.

The study was published Aug. 22 in the journal Thorax.