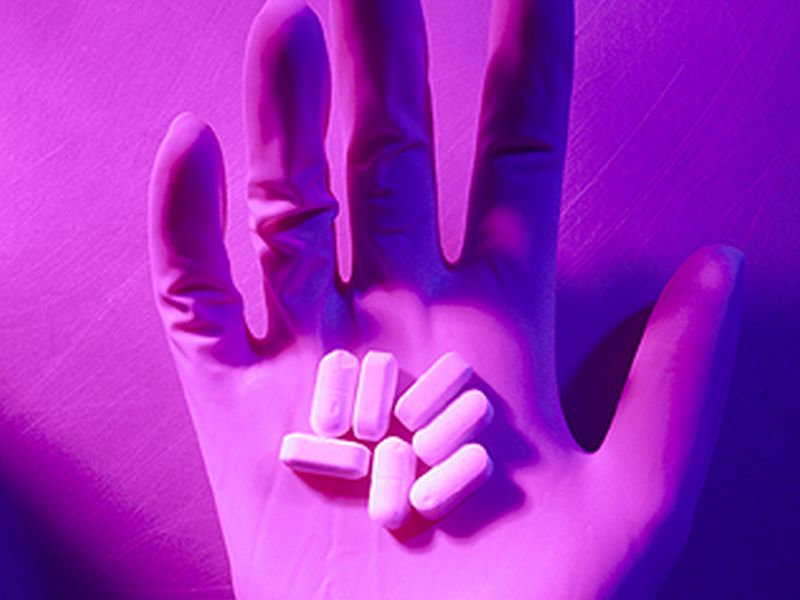 TUESDAY, Aug. 9, 2016 (HealthDay News) -- At least one San Francisco-area drug user died and eight more landed in the ER in late 2015 after taking counterfeit Xanax tablets that had been cut with a powerful and dangerous opiate, a new report shows.

The nine people all had taken tablets that looked very similar to prescription Xanax, down to bearing the same pharmaceutical markings as the legitimate anxiety drug, said report author Dr. Ann Arens. She is a former ER physician at Zuckerberg San Francisco General Hospital.

But the tablets had been cut with fentanyl, a cheap, synthetic opioid that the U.S. Drug Enforcement Administration says is 100 times more potent than morphine. The rock star Prince died of a fentanyl overdose at his Paisley Park recording studio in Minneapolis in April.

"They look exactly the same, and the users that were exposed to these tablets had no idea it was anything other than what they thought they were buying," said Arens, who recently took a new job as attending ER physician at Hennepin County Medical Center in Minneapolis.

Three people who took the fake pills suffered from heart attacks and one from heart failure, while others experienced a dangerous dip in their respiratory and nervous system function, according to the case report.

The patients included an infant who had to be placed on a respirator after taking a fake Xanax pill he found lying on the ground at home.

The case report was published online Aug. 8 in the journal JAMA Internal Medicine.

Manufacture of counterfeit medications has increased with the epidemic of prescription drug abuse, said Marcia Lee Taylor, president and CEO of the Partnership for Drug-Free Kids.

Drug abusers turn to street dealers to buy prescription drugs when they can't purchase the medications through a pharmacy, Taylor said. These dealers have no scruples about selling fake tablets that may contain other substances, she said.

Fentanyl is a common ingredient in these counterfeit drugs because it's cheap and potent, Taylor said.

"Oftentimes illicit drugs are cut with cheaper substances to stretch the product. Fentanyl is just another sort of product on the shelf to cut drugs with," Taylor said. "Unfortunately, unlike baking soda or other materials used to stretch the active ingredient in a drug, this has very dangerous side effects. It doesn't take much fentanyl to lead to an overdose."

Xanax is a mild sedative normally used to treat anxiety and panic disorders.

The fake Xanax containing fentanyl came to the attention of San Francisco doctors in mid-October 2015, when a man in his 20s and a woman in her 30s were taken to the ER at Zuckerberg San Francisco General Hospital after consuming the pills.

A third person with them, a woman in her 30s, was found dead in their home, Arens said.

The blood of all three tested positive for fentanyl, even though the survivors said they had only used alcohol, cocaine and Xanax, Arens said.

The doctors suspected the Xanax was counterfeit and laced with fentanyl, and their suspicions were confirmed when a fourth patient wound up in the ER. The patient, a man in his early 20s, still had some of the counterfeit Xanax on his person, and testing revealed that the tablets had been cut with fentanyl, Arens explained.

These were difficult cases to treat, because the patients were suffering from symptoms that didn't line up with what they said they had taken, Arens said.

"People may be presenting differently than what they think they took, and it makes it difficult to diagnose," Arens said. "It's hard to predict what someone could have gotten into when they buy things off the street."

Other deaths occurred as a result of the fake Xanax, Arens said, and will be detailed in an upcoming paper from the San Francisco medical examiner's office.

These cases should serve as a warning to people tempted to buy prescription medications from illicit sources, be it a street dealer or a shady online retailer, Taylor said.

"If you buy it outside of the medical system and on the street, you're putting yourself at risk for a counterfeit product," Taylor said. "You don't know what's going to be in it, and how you're going to react to it."