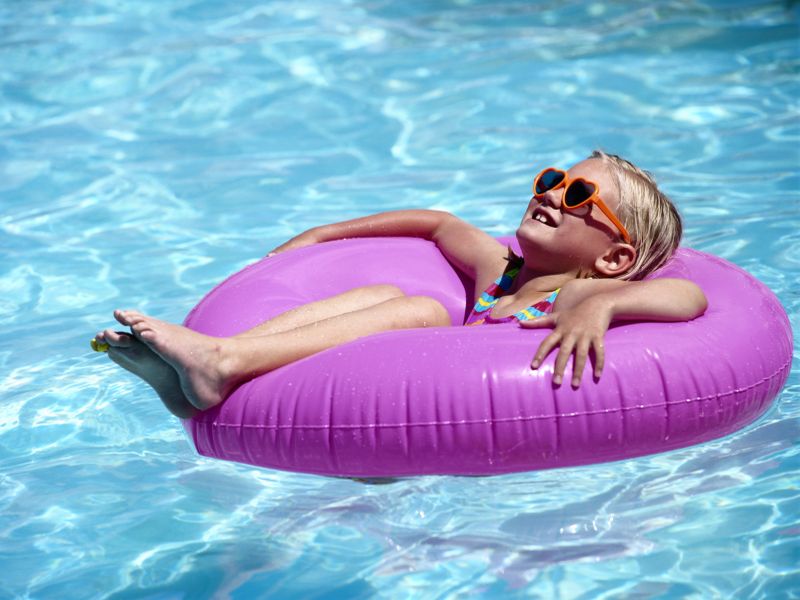 TUESDAY, Aug. 9, 2016 (HealthDay News) -- Parents and others need to do more to prevent child drownings and near-drownings, according to an expert in trauma and injury prevention.

"Nearly 800 children drowned last year in the United States," said Amy Morgan. She is manager of the Pediatric Trauma and Prevention Program at Penn State Children's Hospital in Hershey, Penn.

"When you break that down, it's about two children a day. And for every two children who die, five more visit the emergency department. It's a big problem with potentially devastating consequences," she said in a hospital news release.

One reason for so many child drownings and near-drownings may be that supervising adults are distracted by things such as tablets, cellphones, books, magazines or other people. Or, they may step away from the water to fetch a snack or other items, she added.

"You typically have less than a minute to react once a child goes under water," Morgan said. "Parenting is a difficult, all-consuming job -- it's completely understandable that adults need to take a break. However, the pool is a place where we must be vigilant."

Morgan said adult caregivers should designate a "water watcher" to monitor everyone in the water at all times.

Adults need to remain vigilant even when a lifeguard is present. "The reality is that lifeguards can't see every child every second in a crowded pool, and they may not see a child in trouble until it's too late," Morgan said.

In addition, she noted, it is important for adults to learn CPR.

"It is quite a long period of time from the moment you pull someone from a pool until a first responder can get there. Those are vital minutes that oxygen is not getting to the brain. With CPR, you have a better likelihood of survival," Morgan said.