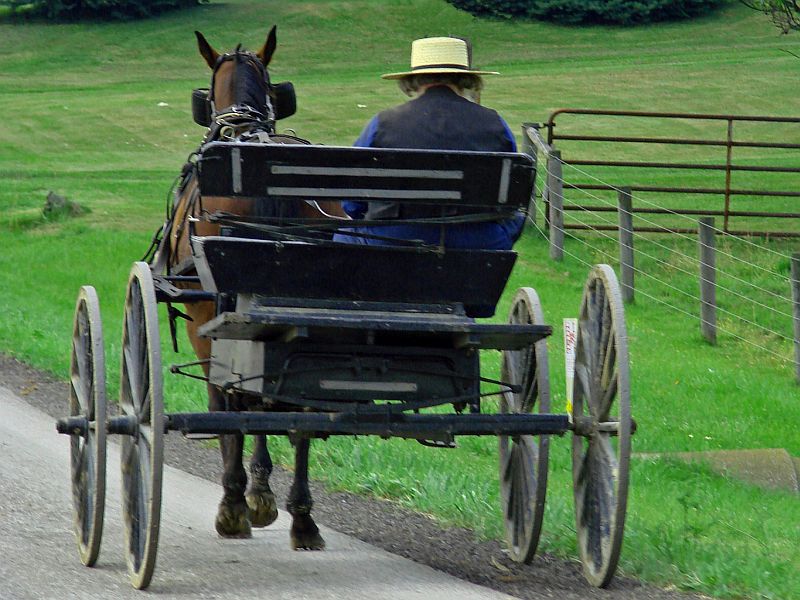 WEDNESDAY, Aug. 3, 2016 (HealthDay News) -- It can't be easy living a 19th-century life in the midst of 21st-century technology, but new research suggests the Amish people have at least one distinct advantage over the rest of the population -- much lower rates of asthma.

"We found Amish children had extremely low levels of asthma and allergic sensitization. Their kids were pretty much protected from asthma and allergies," said study senior author Anne Sperling, an associate professor of medicine at the University of Chicago.

That was particularly true when they were compared to the children of another dairy farming population, the Hutterites. Hutterites are similar to the Amish in many ways, except that the Hutterites use mechanical farming equipment. The Amish asthma rate is 5 percent; for Hutterite children, it's 21 percent, the study authors said.

Overall, the childhood asthma rate in the United States is about 9.

Asthma is a chronic airway disease that makes it difficult to breathe. Its exact cause is unknown, but genetics and environmental exposure are thought to play a role, according to the U.S. National Heart, Lung, and Blood Institute.

The Amish and the Hutterites emigrated from similar areas of Europe in the 1700s and 1800s, respectively. The Amish in the study settled in northern Indiana; the Hutterites in South Dakota. Both groups tend to marry and stay within their own communities, according to background notes with the study.

But the Amish practice traditional dairy farming, live on single-family farms and use horses for fieldwork and transportation. The Hutterites live on industrialized communal farms, the study authors said.

"The Amish live mostly on family farms, and children are in and out of the barns, are exposed to the animals, and even pregnant mothers work in the barns. Cows are hand-milked," Sperling explained.

The researchers also measured levels of allergens and other disease-causing substances in the homes. They collected and measured the "microbiome" -- the diversity of microbes -- in the dust in the homes.

The researchers found that the Amish children had asthma rates that were four to six times lower than those of the Hutterite kids.

Dust samples from the Amish homes were also profoundly different than those of the Hutterites.

"Exactly what's in the dust, we don't know. But, we do know there's more microbial products, and we know that something in that dust seems to protect Amish children from asthma and allergies," Sperling said.

The researchers believe these findings back up the so-called "hygiene hypothesis." Many experts believe that the "immune system may not be stimulated enough by the typical Western lifestyle. [Asthma and allergies] may be the result of a bored immune system getting into trouble," Sperling explained.

The researchers gave components of the dust to mice. They found that the Amish dust protected the mice from developing allergic asthma, but the dust from Hutterite homes did not.

Sperling said the findings might spur development of a treatment for asthma and allergies using some of what's found in the Amish dust. But any such drug would be a long way off, she noted.

"This study reinforces the hygiene hypothesis and shows -- on a molecular level -- how complex the development of asthma and allergies are," she said.

There aren't a lot of immediate practical applications from these findings. But Sperling had some suggestions that many parents would be happy to follow.

"There's a lot of literature that says cleaning too much is probably bad, so let kids get dirty and don't feel like you have to sterilize everything," she recommended.

The study was published online Aug. 3 in the New England Journal of Medicine.