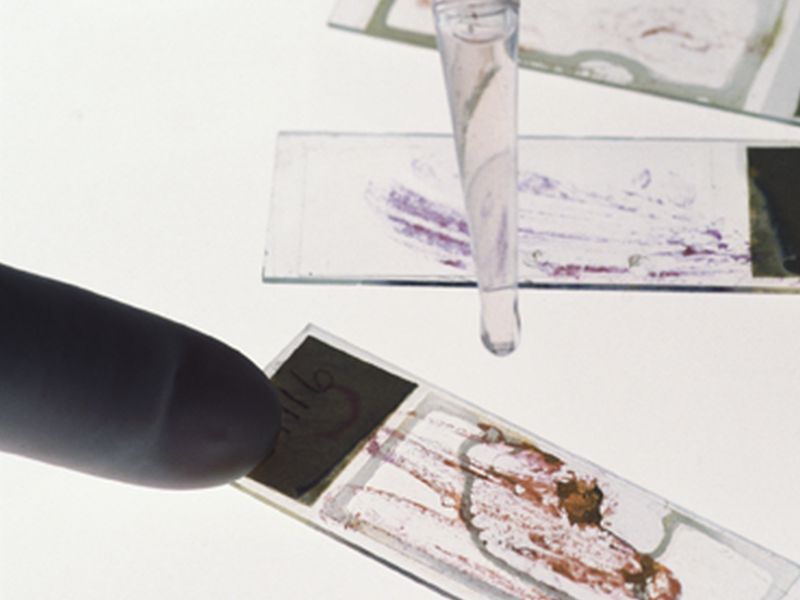 WEDNESDAY, July 13, 2016 (HealthDay News) -- Researchers have developed a blood test that might allow doctors to know quickly whether a cancer drug is working.

The technique is in the early stages of testing, and not ready for "prime time," scientists said. But they were also hopeful that the research will help advance the use of so-called liquid biopsies in treating cancer.

Doctors have long used invasive biopsy procedures to get tumor samples, study them, then use the information to make treatment decisions or monitor a patient's response to treatment.

But those procedures can be uncomfortable and carry some risks, like bleeding and infection, said Dr. Erica Mayer, a breast cancer expert with the American Society of Clinical Oncology (ASCO).

Plus, she noted, some tumors are difficult to reach, and some patients are not healthy enough to have an invasive biopsy.

So there's been "great interest," Mayer said, in liquid biopsy technology -- which allows doctors to detect and analyze tumor DNA in a blood sample.

"It's much more favorable for patients because it doesn't have the potential risks of traditional biopsies," Mayer said. It's also easier for doctors to take repeat blood samples over time.

There are already some liquid biopsy tests on the market. Last month, the U.S. Food and Drug Administration approved the first such test that can detect particular gene mutations that affect some lung cancer patients. If they carry the mutations -- in a gene called EGFR -- then they may benefit from the cancer drug Tarceva.

Also last month, a large study presented at ASCO's annual meeting reported that liquid biopsies can be a reliable alternative to traditional biopsies when it comes to detecting mutations in patients' cancer.

That study focused on finding tumor mutations that can be targeted with available drugs, said senior researcher Chwee Teck Lim.

"For our [test], we go one step further, to see how a patient's cancer cells will actually respond to a given drug treatment," explained Lim, a professor of biomedical engineering at National University of Singapore.

They exposed the women's tumor cells to a standard cancer drug called doxorubicin and found that the better the cell clusters established themselves in the microwells, the worse a patient's prognosis.

The technique could give feedback as quickly as two weeks after treatment has begun, the researchers report online July 13 in the journal Science Advances.

That, Lim said, means that doctors could get "crucial information" on whether a patient's cancer is responsive or resistant to a drug -- and then make a switch if needed.

But, he stressed, this was only a "proof-of-concept" study. He said his team is planning to see how the test performs when other cancer drugs, and other types of tumors, are used.

Liquid biopsies are part of the wider drive toward more "individualized therapy" for cancer, said Mayer, a medical oncologist at the Dana-Farber Cancer Institute, in Boston.

More and more "targeted" drugs are being developed, with the aim of zeroing in on specific abnormal proteins on cancer cells. Liquid biopsies are seen as a simpler, less invasive way to find out whether patients have mutations that are vulnerable to those drugs.

But the biopsies can also be used in other ways, Lim said. That includes monitoring a patient's response to treatment.

"The rapid feedback provided by this [test] potentially allows detection of an onset of drug tolerance or resistance during the course of treatment," Lim said. "This will enable us to immediately intervene and change treatment."

It's "premature," Mayer said, to speculate on whether or how this test could eventually fit into cancer care.

For one, she noted, "what researchers see in a lab dish may not reflect what's going on in a living being."

But in general, Mayer said, the work being done on liquid biopsy technology is "exciting and promising."