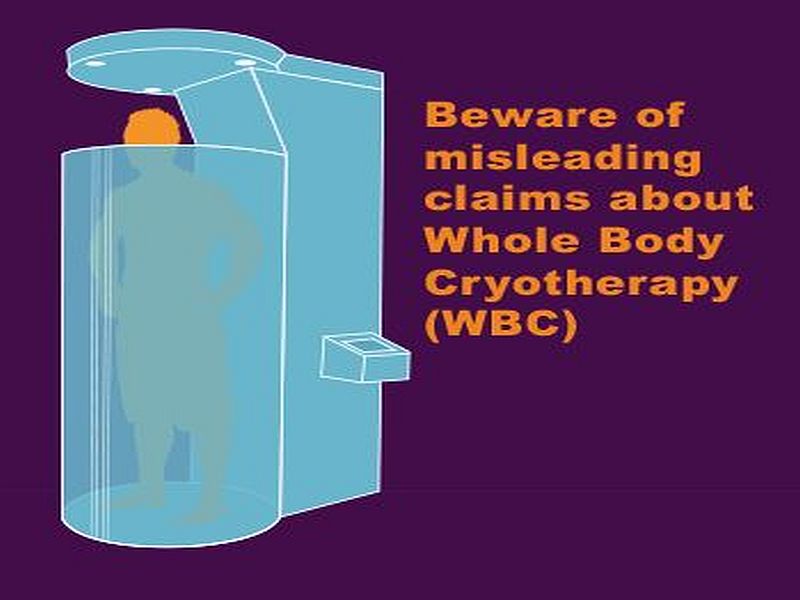 FRIDAY, July 8, 2016 (HealthDay News) -- Whole body cryotherapy -- a trendy treatment that has been used for everything from arthritis pain to Alzheimer's -- may pose serious health risks, the U.S. Food and Drug Administration warns.

"Based on purported health benefits seen in many promotions for cryotherapy spas, consumers may incorrectly believe that the FDA has cleared or approved [these] devices as safe and effective to treat medical conditions," Dr. Aron Yustein, a medical officer in the FDA's Center for Devices and Radiological Health, said in an agency news release. "That is not the case."

During whole body cryotherapy, the entire body is enclosed in a chamber and exposed to cold vapors for several minutes. The vapors are generated by liquid nitrogen and can reach ultra-low temperatures, the FDA said.

The benefits of whole body cryotherapy are still under investigation, although proponents claim it can ease symptoms of fibromyalgia, migraines, rheumatoid arthritis, multiple sclerosis, stress, anxiety or chronic pain.

But the FDA says there are many risks associated with the treatment.

Being exposed to nitrogen vapors in an enclosed space can deprive people of oxygen and cause them to lose consciousness. Other risks associated with these extreme temperatures include frostbite, burns and eye injuries, the FDA said.