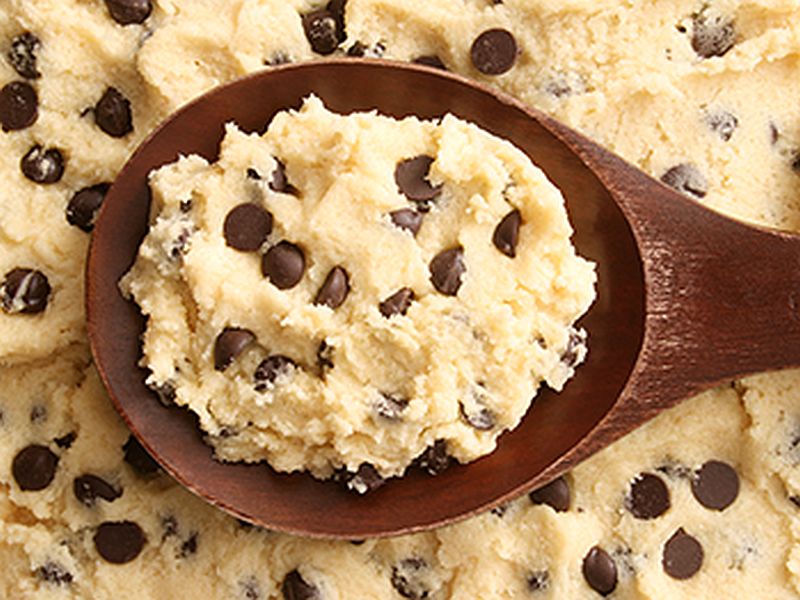 THURSDAY, June 30, 2016 (HealthDay News) -- Before you lick that raw cookie dough off your spoon, know that the U.S. Food and Drug Administration has issued a warning against it.

It's not just the raw eggs that carry food poisoning dangers. Any type of raw dough or batter that contains flour is not safe to eat, including pizza, bread and tortilla dough, cautioned Jenny Scott, a senior advisor in the FDA's Center for Food Safety and Applied Nutrition.

It's also not safe to play with raw dough or batter that contains flour, Scott added. Even if kids aren't eating the dough, germs can get onto their hands. If they put contaminated hands into their mouth, they may develop an infection.

Leslie Smoot, a senior advisor in FDA's Office of Food Safety, explained in an agency news release that "flour is derived from a grain that comes directly from the field, and typically is not treated to kill bacteria."

Bacteria from animal waste could contaminate grains, which are harvested and milled into flour, Smoot said.

U.S. health officials have recently launched an investigation into infections linked to the ingestion of raw dough. Dozens of people throughout the country have been infected by a strain of bacteria called Shiga toxin-producing E. coli O121.

Most people recover within a week but some illnesses may be more severe and lead to a type of kidney failure called hemolytic uremic syndrome. This condition can affect anyone, but it's most common among children younger than 5, older adults and people with weakened immune systems.

The federal investigation revealed that some of these patients had eaten or handled raw dough made with General Mills flour produced in a Kansas City, Mo., facility. Tests conducted by the FDA linked bacteria in a flour sample to bacteria from some of those who developed infections.

General Mills voluntarily recalled 10 million pounds of unbleached, all-purpose and self-rising flours sold under the brand names Gold Medal, Signature Kitchen's and Gold Medal Wondra. These products should be discarded and not used.

The FDA cautioned that some recalled flours were sold to restaurants that provide children with balls of raw dough to play with while they wait for their meals. Experts from the U.S. Centers for Disease Control and Prevention have advised restaurants to discontinue this practice.

Other food safety tips from the FDA include: