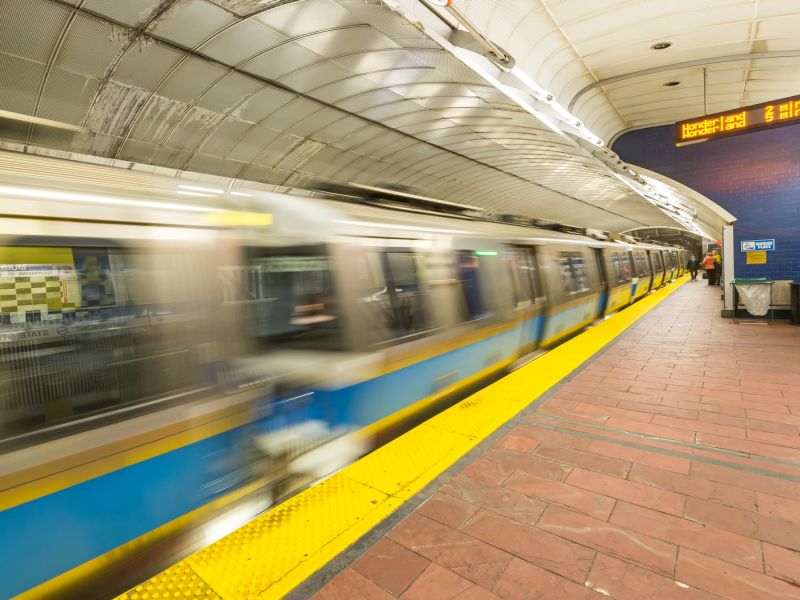 TUESDAY, June 28, 2016 (HealthDay News) -- Boston's subway system is swarming with microbes, and while that might send a shiver down your spine, the study's authors said that most of these bugs are harmless and won't make you sick.

Researchers collected and studied 100 samples from all over the subway system. Samples were taken from the hanging grips; horizontal and vertical poles; seats; seat backs; walls of subway cars; and the touch-screens and sides of ticketing machines in stations.

The highest levels of microbes were found on hanging grips and seats in subway cars, and on the touch-screens in stations. On all surfaces tested, most of the microbes were from human skin and unable to cause disease.

The study was published June 28 in the journal mSystems.

Levels of microbes that affect antibiotic resistance were "much lower than what you'd find in a normal human gut. They're exactly what you'd run into shaking somebody's hand," senior author Curtis Huttenhower, said in a journal news release. He's an associate professor of computational biology and bioinformatics at Harvard University in Boston.

"We were surprised by how normal a lot of the samples looked," he added. "Even when we looked closely, there was nothing unusual or dangerous about the microbes we found. It shows that, in the absence of something like flu season, all of the germs you run into, even in a crowded environment like the (subway), are normal."

The study authors said further research is needed to understand whether the microbes found in the subway are dormant or actively growing, and under what circumstances they can be transferred from one person to another.

A follow-up study will examine whether the microbes identified on the subway system are from living or dead organisms.