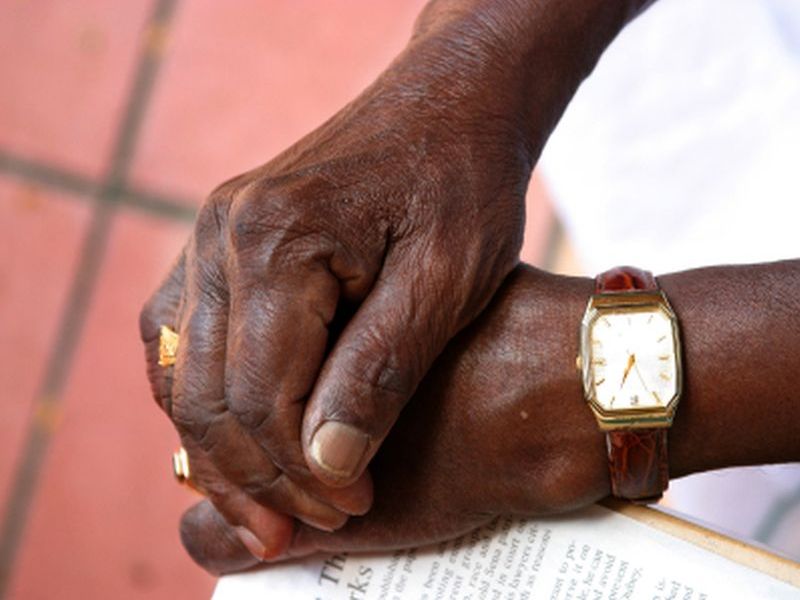 MONDAY, June 27, 2016 (HealthDay News) -- Patients who have cancer or dementia tend to receive more end-of-life care than those dying from other conditions, a new study of Veteran Affairs hospitals finds.

The study also found that fewer cancer and dementia patients died in intensive care units, because these patients had more palliative care and end-of-life planning, such as do-not-resuscitate orders, than people with other serious illnesses. Those other illnesses included end-stage kidney disease, heart failure, lung disease or frailty, researchers said.

"Historically, efforts to improve end-of-life care have focused on cancer and more recently on dementia," said lead researcher Dr. Melissa Wachterman. She is an assistant professor of medicine at the VA Boston Healthcare System and Brigham and Women's Hospital, Boston.

"We really do need to expand efforts to improve care to other patients that haven't gotten that focus," she said.

While it seems obvious that a lot of patients with cancer are facing death, patients with other conditions such as heart, lung and kidney disease are also suffering from fatal conditions, Wachterman said.

"Most people don't die of cancer, but the palliative care of those dying from other diseases is not as good," she said. "But palliative care and hospice can help a lot."

Palliative care is an approach to treatment that focuses on easing symptoms, such as pain, and improving quality of life for people with life-threatening illnesses, according to the U.S. National Institutes of Health. It also aims to offer support to families and loved ones of the seriously ill person.

Hospice care also offers similar assistance and support for the sick person, as well as their families. But, hospice care generally begins when attempts to cure the disease stops. Palliative care, on the other hand, can be offered in conjunction with curative care, according to the NIH.

Using medical records and results from the "Bereaved Family Survey," the researchers reviewed data from 146 hospitals in the VA health system for patients who died between 2009 and 2012.

Among nearly 58,000 patients, half of those with kidney disease, heart failure and frailty received palliative care consultations, compared with 75 percent of cancer patients and 61 percent of dementia patients.

Cancer and dementia patients were also more likely to have "Do not resuscitate (DNR)" orders, which means no extraordinary measures should be taken to prolong life, such as shocking the heart when it stops beating. Around 94 percent of those with cancer and dementia had a DNR, compared to 87 percent of those with other serious illnesses who chose to have a DNR, the study revealed.

Wachterman said one limitation of the study was the difficulty of defining frailty. Another is that these findings may not apply to patients being treated outside the VA system.

Outside the VA system, patients may not get their choice of whether they get end-of-life care or not. Currently, Medicare patients have to choose whether to get palliative care or continue with curative care -- they can't have both, according to Dr. F. Amos Bailey. He is a palliative care physician at the University of Colorado School of Medicine in Aurora.

"This is called the 'terrible choice,' " he said. "It's being recognized as a false dichotomy. In fact, palliative care and curative care should be integrated."

Bailey coauthored an editorial to accompany the study findings, which were published June 26 in JAMA Internal Medicine to coincide with presentation at AcademyHealth's annual research meeting in Boston.

"Patients should get both," he said. "Studies show that those who do get better care are less depressed and live longer."

Dr. Eric Widera, an associate professor of medicine at the University of California, San Francisco, also believes end-of-life care should be offered to all patients suffering from a life-threatening condition.

"A lot of people have misconceptions about palliative care -- that it's just for people at the very end of life," he said.

Palliative care can be for anybody who is dealing with a serious illness, he explained. And, he noted that it can benefit family members, too.

"Think about asking your doctors about getting palliative care involved earlier in the disease as an extra layer of support," Widera suggested.