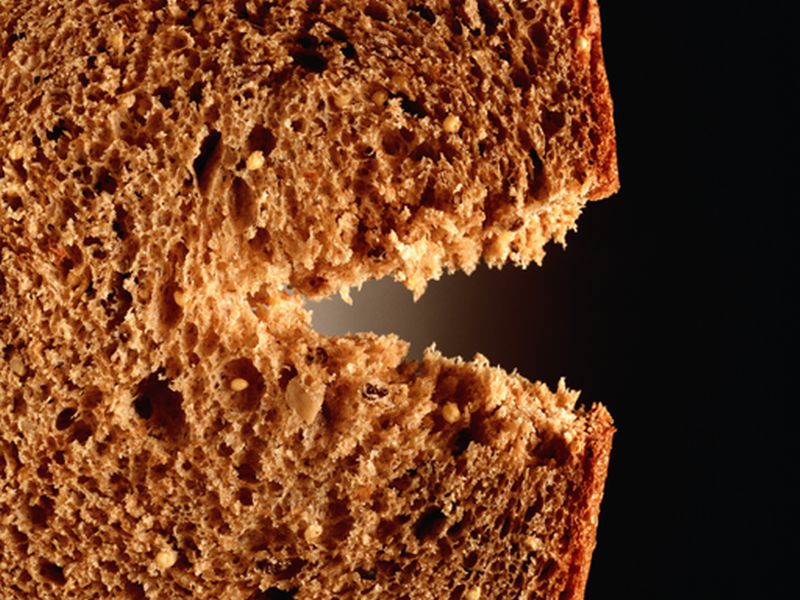 "The higher the whole grain intake, the lower the death rate, especially deaths from cardiovascular disease," said study author Dr. Qi Sun. He is an assistant professor of nutrition at the Harvard T.H. Chan School of Public Health in Boston.

When grains are refined, they have been milled and that process removes the bran and the germ, as well as fiber, iron and many of the B vitamins. White breads, white rice and white flour are all refined grains, according to the U.S. Department of Agriculture (USDA).

Sun and his colleagues reviewed the findings of 12 published studies as well as data from the National Health and Nutrition Examination Surveys (NHANES). The studies included nearly 800,000 men and women. The study populations were from the United States, the United Kingdom and Scandinavian countries. The studies covered 1971 to 2010. Over the study periods, there were almost 98,000 deaths recorded.

The study couldn't show a direct cause-and-effect relationship. But the review suggests that the risk of dying prematurely from heart disease and stroke dropped approximately 25 percent when people had three servings of whole grains (48 grams total) daily, compared to those who ate fewer or no servings of whole grains. The risk of death from cancer appeared to decrease about 15 percent, the study authors said.

Sun said many possibilities can help explain why whole-grain consumption seemed to affect death risk. Whole grains are high in fiber, so they can help regulate blood sugar and improve blood cholesterol levels, which can lower the risk of heart disease and diabetes. Fiber also makes you feel full longer, so you may eat fewer calories, maintain a healthy weight, and lower heart disease risk, he added.

Based on the study findings, Sun said that low-carbohydrate diets that neglect the health benefits of whole grains "should be adopted with caution," due to a possible higher risk of heart disease.

To get 48 grams of whole grains, Sun said, people could eat three slices of whole-grain bread, for instance.

One registered dietitian agreed with the findings.

"The outcomes of this study provide support to the dietary guidelines recommendation to include three servings of whole grains in our daily diet," said Connie Diekman, director of university nutrition at Washington University in St. Louis. "Contrary to many popular diets, this study supports the health benefits of whole grains as opposed to a popular perception that grains are the cause of obesity."

Some foods are also naturally whole grains, such as oatmeal, quinoa, brown rice, rolled oats, bulgur, wild rice and popcorn. The USDA says you can't judge whether a food is whole-grain from its color. And, the agency notes that certain claims, such as 100 percent wheat, on packaging don't necessarily mean a product is made with whole grains. Check the ingredient list to be sure.

The study was published June 13 in Circulation.