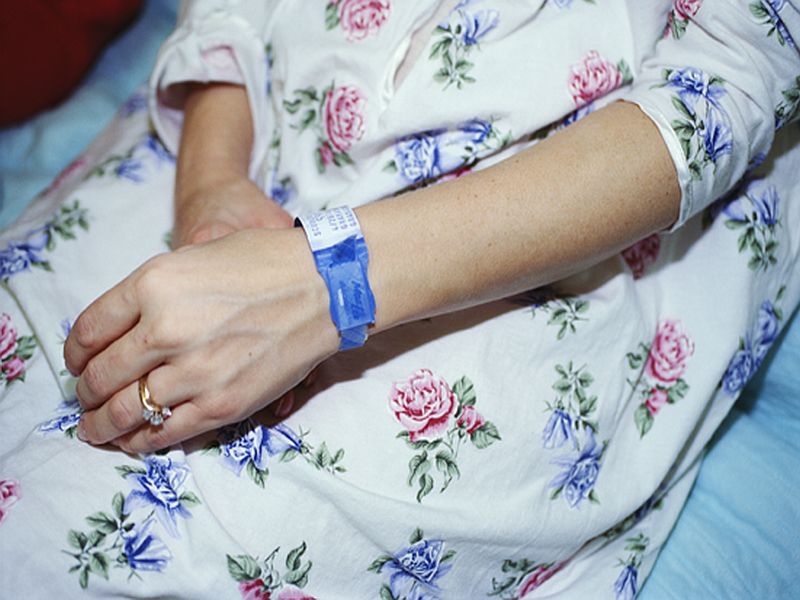 Now, new research finds the infections are common in nursing homes, often due to a lack of proper prevention.

UTIs "can have a devastating impact on frail, debilitated individuals," said Donna Armellino, a nurse and vice president of infection prevention at Northwell Health, in Lake Success, N.Y. She reviewed the new findings.

"It is obvious, based on this random survey of nursing homes, that there is a lack of education and inconsistent practices that can raise the risk for infection," she said.

In younger people, UTIs can be a painful nuisance that is usually treated with an antibiotic. But in the infirm elderly, the risk to health can be much greater, another expert explained.

"UTIs in the elderly can have a significant health impact by leading to a confused delirious state or -- if undiagnosed -- leading to dehydration or infection in the bloodstream," explained Dr. Paula Lester, a geriatrician at Winthrop-University Hospital, in Mineola, N.Y.

Since so many nursing home residents suffer from dementia, or have conditions that rob them of their ability to communicate, identifying a UTI can be difficult, she said.

So, how good a job are U.S. nursing homes doing in preventing these infections?

To find out, a team from New York City's Columbia University School of Nursing surveyed 955 nursing homes in 2014. The researchers also analyzed data from the Centers for Medicare and Medicaid Services.

As Armellino noted, catheters used in nursing home care can be a prime source of the infections.

UTIs often occur "when bacteria enters the urinary tract through the urethra and move up the tract to infect the bladder or kidneys," she explained. "This infection is often related to an inserted device referred to as an indwelling urinary catheter."

In fact, in the Columbia study, nursing home residents with catheters were four times more likely to get a UTI than those without catheters.

However, UTIs were more often linked to causes other than catheter use, according to the study.

The findings were presented this month at the annual meeting of the Association for Professionals in Infection Control and Epidemiology (APIC), in Charlotte, N.C.

"What was particularly interesting about this study was that there were more UTIs that were not associated with catheterization than those that were," said study lead author Carolyn Herzig, project director at Columbia's School of Nursing.

"This means that a larger focus should be placed on identifying practices to prevent UTIs -- regardless of catheter placement," she said in an APIC news release.

For example, nursing homes that used portable bladder ultrasound scanners to confirm that a patient had voided all urine were 10 percent less likely to have high rates of UTIs not associated with catheter use.

Unfortunately, only about one in every five facilities surveyed had this policy, the researchers found.

However, only 44 percent of facilities had this policy in place, Herzig's team found.

Nursing homes with "infection preventionists" on staff -- who also took a national course through APIC -- were also 20 percent less likely to have high rates of UTIs, the study found.

But again, only 9 percent of the nursing homes in the study had such staff.

APIC President Susan Dolan said the issue is only going to get more pressing with time.

"Infection prevention in long-term care is going to become an increasingly important issue because of the aging of the U.S. population," she said in the news release. "Every day, 8,000 baby boomers reach the age of 65, and by 2020 the number of older adults will outnumber the number of children younger than 5.

"Recognizing the severity of UTIs for older adults, and implementing policies in nursing homes and long-term care facilities to prevent and effectively treat these infections, is critical," she concluded.

"A UTI can also go beyond infection of the urinary tract and the bacterium can go into the bloodstream and potentially result in death," she said. "Standards of care to minimize a UTI exist in acute care facilities and are imbedded into bedside practice, but it appears to be lacking in long-term care facilities."

She said that quality nursing homes can help prevent UTIs by make sure the patient is mobile when possible, has "regular toileting" and is kept clean and dry.

According to Armellino, other things to look for if you visit an infirm loved one in a nursing home include:

Armellino stressed that since a UTI is always a possibility when catheters are in place, "residents with an indwelling urinary catheter require continuous assessment for symptoms related to infection."

If a UTI is detected, "prompt and appropriate treatment to minimize progression of the infection into the bloodstream and potentially avoiding hospitalization," she said.

Because this research was presented at a medical meeting, the findings should be considered preliminary until published in a peer-reviewed journal.