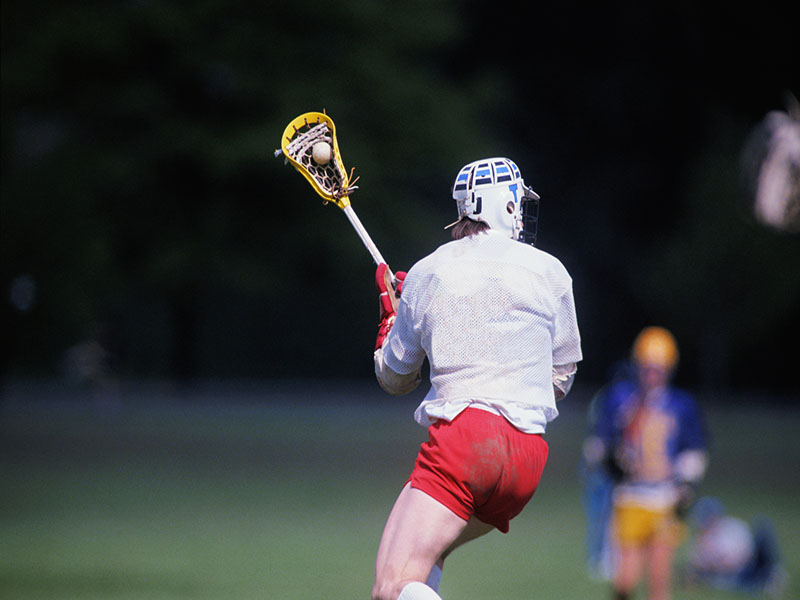 FRIDAY, May 20, 2016 (HealthDay News) -- Athletes should not take a blow to the head lightly. New research suggests delayed treatment for concussion could prolong recovery.

Many college athletes, however, don't immediately recognize or report concussion symptoms, the study of nearly 100 players found. And compared to head-injured athletes who were evaluated right away, those who put off reporting symptoms were sidelined about five days longer on average.

"If you are an athlete and you are experiencing concussion symptoms, you should immediately engage your athletic trainer or team physician so that you can be evaluated," said the study's lead author, Breton Asken.

"Our findings indicate that ... will give you the best chance to return to your sport more quickly," said Asken, a graduate student in the clinical psychology program at the University of Florida.

According to the U.S. Centers for Disease Control and Prevention, concussion signs may include headache or "pressure" in the head; nausea, or vomiting; balance problems or dizziness; double or blurry vision; annoyance from light or noise; confusion; and concentration or memory problems.

Coaches should remove athletes from play. And the athletes should seek medical attention if they can't recall events prior to the hit or fall; appear dazed or confused; forget instructions; answer questions slowly; or lose consciousness even briefly. Individuals with a concussion may say they just don't "feel right," or feel sluggish or foggy, the CDC says.

Although awareness of long-term concussion damage has increased over the past decade, many sports-related head injuries still go unreported, the new study confirmed.

For this study, Asken and his colleagues reviewed medical records of 97 male and female University of Florida athletes diagnosed with a sport-related concussion between 2008 and 2015. The athletes had participated in basketball, football, gymnastics, lacrosse, soccer, swimming and diving, track and field, or volleyball.

More than half did not immediately report their concussion symptoms, the study found.

After taking into account other factors that could prolong recovery, the investigators found that athletes who delayed reporting a concussion still took an average of 4.9 more days to resume playing compared to those who immediately reported concussion symptoms.

Athletes who delayed reporting were also more than twice as likely to have a prolonged recovery -- eight or more days -- compared to those who stopped playing their sport immediately, the findings showed.

Asken said there are likely several reasons for the delays in reporting symptoms. For instance, some athletes may not associate symptoms such as headache or nausea with a concussion.

"It is also conceivable that some either did not notice symptoms while playing or they did not deem them serious enough to report," he said. "They only reported symptoms after they persisted and signaled that something must be wrong."

The findings were published in the May issue of the Journal of Athletic Training.

Tamara Valovich McLeod is a co-author of the National Athletic Trainers' Association position statement on management of sport concussion. She said some athletes may worry about losing their position or letting their teammates down if they report a concussion.

Prior research has shown that many adolescent athletes minimize and mask symptoms "in order to feel normal among their peers and to get back to playing as quickly as they can," said McLeod.

She is also director of athletic training programs at the School of Osteopathic Medicine at A.T. Still University in Mesa, Ariz.

"I think athletes often do want to play through an injury, including concussion, as there is a lot of their identity tied into being an athlete and on the field," she added. "Changing this perspective is important to ensure athletes do report symptoms associated with concussion so they are managed appropriately."

Both McLeod and Asken agreed that education can help boost the number of athletes who report concussions immediately.

"Not only should we educate on what the signs and symptoms of concussion are, but let athletes know the importance of immediate reporting and how immediately reporting may allow them to return to activity safer and faster than hiding symptoms," said McLeod.