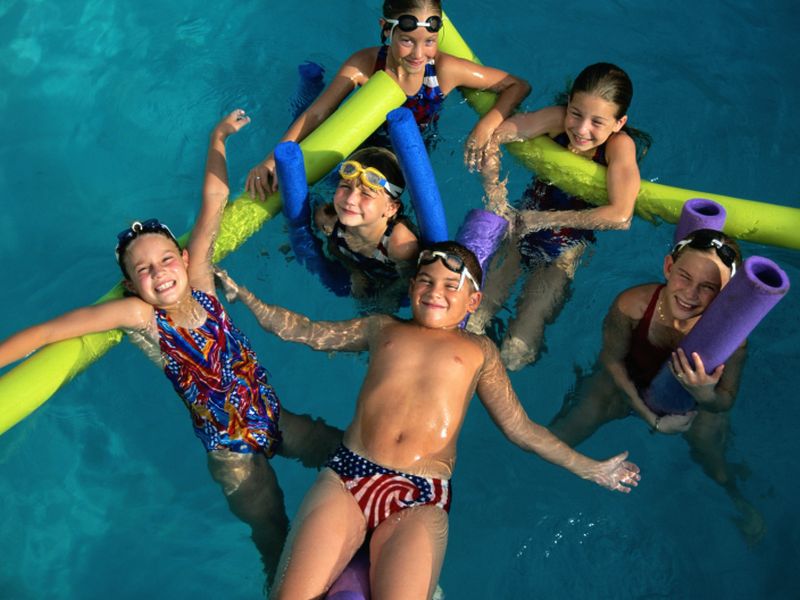 Serious health and safety violations force the closure of thousands of public pools, hot tubs and water playgrounds every year, according to a new study by the U.S. Centers for Disease Control and Prevention.

"We have a long way to go here to lower the number of public aquatic venues with serious health and safety violations," said Michael Beach, the CDC's associate director for healthy water. "We need to protect the public."

A review of inspection reports from the five states containing 40 percent of the nation's public aquatic venues found that:

Beach said that "pH is critical here because it determines how effective the disinfectant is at killing germs."

Most contamination of public pools and hot tubs results from people swimming while suffering from diarrhea, Beach said.

"Somebody who is ill with diarrhea has a release in the pool, and then it's a very common occurrence to swallow pool water while you're swimming," he said.

Parents can help keep a pool clean by checking diapers and taking kids out for a bathroom break once every hour. Diapers should be changed in a bathroom or changing area, not poolside, the CDC recommends.

Adults should not swim while recovering from a bout of diarrhea, and shower before they get in the water.

One-quarter of treated pool diarrhea outbreaks are associated with bacteria like Shigella, Campylobacter and E. coli that ought to have been eliminated by pool disinfectants, Beach said.

"That's about very poor pool operation," he said. "You don't have chlorine. Your pH is way off."

The other three-quarters of pool diarrheal outbreaks are related to cryptosporidiosis, a disease caused by a parasite that is "resistant or very tolerant to chlorine, so it kind of evades that main barrier we have in pools," Beach said.

Pool-goers also can suffer eye and respiratory tract irritation due to volatile disinfection by-products called chloramines, which form when pool chlorine interacts with human waste products like sweat or urine. The largest such event occurred in Ohio in 2007, affecting at least 665 people, according to the CDC report.

"We have to do a better job at safeguarding pools and all water facilities to prevent outbreaks of diarrhea, skin and soft tissue infections, and other communicable diseases," said Dr. Robert Glatter, an emergency physician at Lenox Hill Hospital in New York City.

Two-thirds of the inspections involved public pools, and about 12 percent resulted in immediate closure due to health or safety violations.

About one-quarter of the inspections were for public hot tubs or spas, and 15 percent resulted in immediate closure, the report said.

The CDC encourages people to test the water themselves before diving in, using pool test strips available at most superstores or pool supply stores.

With Healthy and Safe Swimming Week beginning May 23, the CDC says properly sanitized water should have a:

Swimmers should also make sure that the water is clear enough to see the bottom of the deep end, check that drain covers are secured and in good repair, and make sure that a lifeguard or safety equipment are on hand.

If there are problems, don't get in the water, Beach said. Instead, tell someone in charge so the problems can be addressed.

The new report was published in the May 20 issue of the CDC's Morbidity and Mortality Weekly Report.