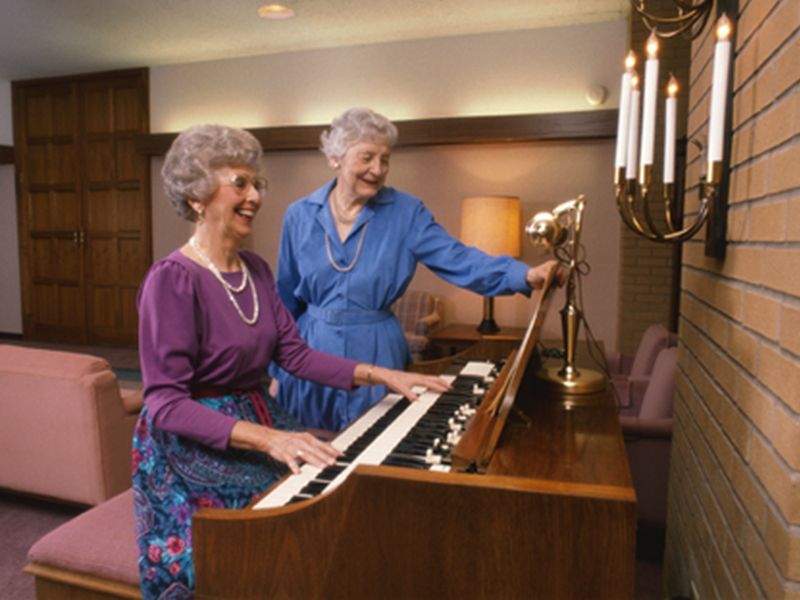 Harvard researchers found that women who went to religious services at least twice a week were one-third less likely to die over the 20-year study period, compared to women who never attended services.

Is this a case of divine intervention, or is there another reason behind the improved longevity?

"The association between religious participation and mortality probably has more to do with religious practice and specifically, communal practice, like attending religious services, than with religious belief," said study author Tyler VanderWeele.

"Something about the communal religious experience seems to be powerful for health," said VanderWeele, a professor of epidemiology at the Harvard T.H. Chan School of Public Health in Boston.

VanderWeele said previous research has found that personal religious or spiritual identity, or private religious practices, don't seem to matter as much for health.

"These things may of course still be important and meaningful within the context of religious life, but they do not appear to affect health as strongly. The results from our study suggest that there may be something important about religious service attendance beyond solitary spirituality," he said.

Does that mean that folks who don't attend regularly attend religious services are doomed to a shorter life span? Not necessarily. VanderWeele pointed out that "with data of this sort one generally cannot definitively demonstrate a cause-effect relationship."

He added that the association doesn't seem to be as strong for men as it is for women.

Nevertheless, VanderWeele said research does seem to indicate that women who regularly attend religious services appear to benefit from a boost in social support and a heightened sense of self-discipline, along with a diminished risk for both smoking and depression.

"[So] at least for those already religious, service attendance may be a powerful and underappreciated health resource," VanderWeele added.

The study was published in the May 16 issue of JAMA Internal Medicine.

Nearly two-thirds of Americans say that religion is an important part of their lives. Eighty-three percent said they've prayed to God during the past week. More than four in 10 Americans said they attended a religious service in the past week, the researchers noted.

The study included information from almost 75,000 U.S. women in the Nurses' Health Study. The original study began in 1976. The women were between 30 and 55 years old at that time. Information on lifestyle, health and religious practice was collected between 1992 and 2012.

The researchers adjusted the data to account for a number of factors. These included: diet, physical activity routines, drinking and smoking history, weight, depression, social life and race.

Compared with non-attendees, once-weekly service goers saw their risk for dying drop by 26 percent, while those who went less frequently saw their risk drop by 13 percent, the study noted.

Women who regularly attended religious services had fewer depressive symptoms. They were also less likely to be smokers. And women who attended services more than once a week were more likely to be married, the study found.

Women who went to religious services more than once a week also lived an average of five months longer than women who never went to services, the researchers said.

The study authors cautioned that because most of the women in the study were white and Christian (Catholic or Protestant), the findings may not apply to all American women.

Dr. Dan German Blazer II, who wrote an editorial accompanying the study, said that "despite the findings, we cannot for certain say that religious belief/practice per se is the actual cause [of longevity]." Blazer is a professor of psychiatry and behavioral sciences at Duke University Medical Center.

He stressed the need for more research. But he also described the current investigation as "a major contribution" that "provides significantly more reason to believe that there is something about religious belief [and] practice among these women which contributes to protection against dying."