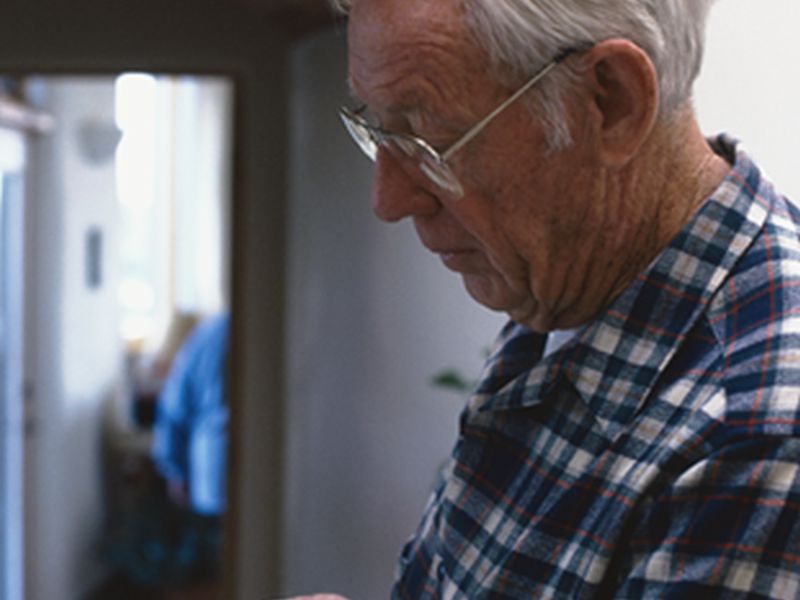 THURSDAY, May 12, 2016 (HealthDay News) -- Unlike women, men at risk for osteoporosis don't get routinely screened for bone loss, a new study shows.

As a result, men may not receive treatment or take the steps necessary to protect their bone health, the researchers found.

"Women have a screening safety net," Dr. Mary Ruppe, a Houston Methodist Hospital endocrinologist, said in a hospital news release. "Between their primary care physician and ob-gyn, women will begin bone density screenings at the appropriate age. Men are less likely to have routine primary care checkups and don't receive preventative care similar to what is provided for women."

Osteoporosis is a condition that commonly affects women. But, millions of men are also at risk for the disease, which causes the bones to become weak and brittle.

In the United States, roughly 1.5 million men older than 65 have osteoporosis, the researchers noted. Another 3.5 million men are at risk for this form of bone loss, they added.

By the age of 50, men should be screened yearly for risk factors associated with osteoporosis, the American College of Physicians says.

The risk for bone loss increases with age. The Endocrine Society recommends that all men begin routine bone density screenings by the age of 70.

The biggest risk factor for osteoporosis among men is a family history of the condition, the researchers said. They noted that other risk factors could increase men's chances of developing bone loss, including:

Treatment options for men with osteoporosis are similar to those for women with the condition, the researchers said.

Certain medications can help preserve bone strength. The researchers said detecting bone loss is important so treatment can begin as soon as possible. They added that low bone density among men could lead to other medical issues, such as vitamin D deficiency or low testosterone levels.

"Each year, approximately 80,000 men will suffer a hip fracture, and studies have shown they have a higher mortality rate after a hip fracture than women of the same age," Ruppe said. "Such data underscores the importance of routine osteoporosis screening for men."