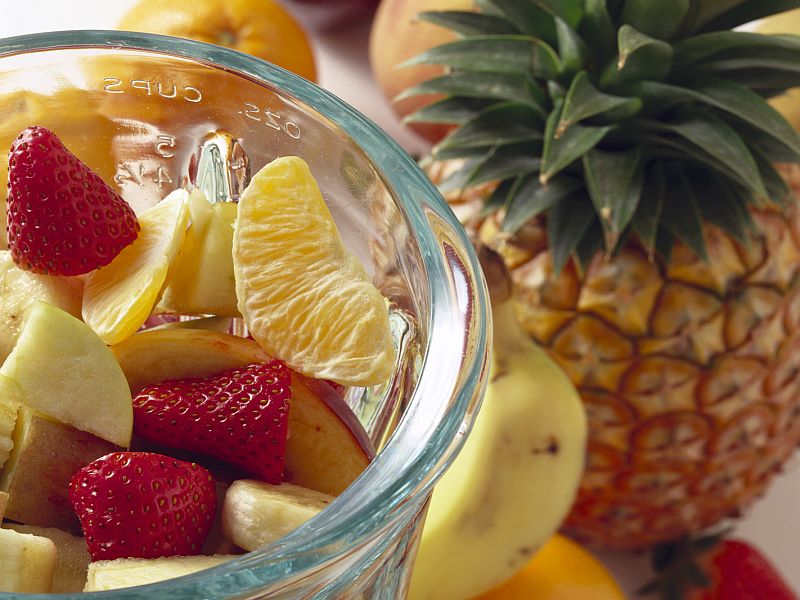 Conversely, women who drink more alcohol over time might increase their breast cancer risk, although they could also lower their chances of heart disease, a second report found.

In the fruit study, consumption of apples, bananas and grapes during adolescence was strongly associated with a drop in breast cancer risk. Roughly three daily servings of such fruits was linked to a 25 percent drop in risk by middle age, compared with consuming just a half-serving per day.

Women who ate oranges and/or kale as young adults also seemed to gain some protection from breast cancer, the investigators noted. But drinking fruit juice did not appear to confer any benefit.

"This is the first study that specifically shows that high fruit intake during adolescence may be linked with reduced breast cancer risk," said study author Maryam Farvid. She is a research associate in the department of nutrition at the Harvard T.H. Chan School of Public Health in Boston.

Still, Farvid cautioned that "due to the observational nature of the study, we could not provide evidence of cause and effect," only an association between fruit consumption and a drop in breast cancer risk.

In the study, the researchers analyzed food questionnaires completed in 1991 by just over 90,000 women -- aged 27 to 44 -- who had enrolled in the Nurses' Health Study II two years earlier. That survey focused on diets during early adulthood.

In 1998, more than 44,000 of the women completed a second food survey. That survey asked participants to recall what food they had consumed during adolescence.

Food and drink consumption was also tallied once every four years from 1991 to 2013, at which point the women were asked to recall their diets over the prior year. Breast cancer status was tracked every two years.

Over the two decades of the study, more than 3,200 women developed invasive breast cancer. Adolescent dietary information was available for about 1,350 of those women.

In the end, the research team concluded that higher fruit intake during adolescence was associated with a lower risk for breast cancer.

The report was published May 11 in the BMJ.

In an accompanying editorial, a team from the University of Oxford cautioned that "much more evidence is needed" before adolescent fruit intake can be declared protective. At the same time, the Oxford researchers suggested that people of all ages would do well to increase their intake of fruits and vegetables.

Farvid agreed. "Parents could do a great job in providing plenty of fruits and vegetables at home, and encouraging teens to adopt healthy eating habits," she said.

That advice was seconded by Lona Sandon, program director in the department of clinical nutrition at the UT Southwestern Medical Center at Dallas.

"You'll probably never be able to prove cause and effect, but time and time again the data shows that there's something to starting out life with a healthy diet," she said.

"Fruit has vitamins, minerals and all sorts of plant compounds that appear to be healthy for us," Sandon added. "And it's also worth noting that if teens are consuming more fruit, what are they not consuming instead? Are they eating less candy, cookies, cakes and soda? That may play a role as well."

Meanwhile, the second study in the same journal explored the impact of long-term alcohol consumption on breast cancer risk.

Led by Marie Dam of the University of Southern Denmark, that investigation tracked alcohol patterns among roughly 22,000 postmenopausal women between 1993 and 1998, and again between 1999 and 2003.

In the end, the Danish team concluded that women who increased their overall alcohol intake by two drinks per day (over either five-year period) ended up boosting their breast cancer risk by up to 30 percent.

At the same time, Dam and her colleagues found that women who increased their alcohol consumption ended up with a 20 percent lower risk for heart disease, relative to women whose drinking patterns didn't change.

Interestingly, cutting back on alcohol did not translate into improved odds in terms of either breast cancer or heart disease, the team team noted.

"We've known for a long time that alcohol consumption is related to breast cancer," said Sandon. "So this is not surprising, even if it is a conundrum in terms of heart health. But if you have risk factors for breast cancer in your family, perhaps drinking red wine is not a good choice," Sandon added.

"And there are better things you can do for heart health than drink," she said. Her suggestions: "Exercise, eat whole grains and stay at a healthy weight."