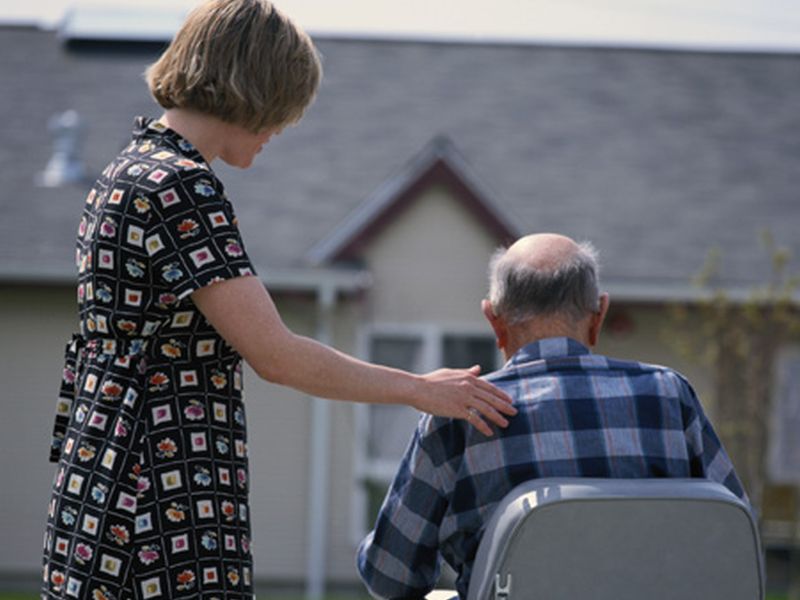 "Caregivers to patients who have spent at least seven days in the ICU [intensive care unit] commonly experience symptoms of depression for the full first year after ICU discharge," said study leader Jill Cameron. She is a researcher at the University of Toronto.

"A large portion of them improve over the year, but a [sub] group does not," Cameron said.

Surprisingly, the ones who are most depressed "are not necessarily caring for the sickest patients," she added.

Her team collected information on 280 caregivers of patients who had been in the ICU for seven days or longer on mechanical ventilation, which helps patients breathe. It is needed for serious medical conditions such as respiratory arrest, lung injury or traumatic brain injury. The caregivers were, on average, about 53 years old. Seventy percent were women, often caring for a spouse.

The researchers looked at characteristics of both caregivers and patients, determining what might predict poor mental or physical health.

The investigators evaluated the caregivers a week after the ICU discharge and then again three, six and 12 months later. They used a standard scoring scale to assess risk of depressive symptoms or of clinical depression.

None of the patients' characteristics -- such as severity of illness -- correlated with how depressed the caregivers were, the study authors said.

Younger caregivers said caregiving affected many of their other activities, and those who were making under $39,000 annually tended to be more depressed, according to the report.

The findings suggest that focusing help on caregivers with the sickest loved ones isn't the answer, Cameron said.

The younger caregivers studied by Cameron are "somewhat of a neglected group of people," he said. The public perception of a caregiver is often someone caring for elderly, demented parents or chronically ill children, he added.

The study findings only focused on depression, but some caregivers also might have been experiencing grief. Depression and grief can overlap, Grudnikoff said.

"If you have grief, you will score a little bit higher on the CES-D [the scale used to measure depression]," he said.

Awareness is crucial for caregivers wanting to avoid depression, Grudnikoff explained. When others offer to help, accept those offers, he advised. Accept both emotional help, such as offers to listen, and logistical assistance, such as offers to pick up children at school or drop off dinner.

Caregivers should also pay attention to their own care, he said. That means paying attention to physical needs (eat well, exercise) and mental health needs (see a therapist if needed, for instance), he added.

Cameron said that the stress, obviously, isn't over once the patient leaves the intensive care unit.

"All phases of illness can be stressful as they can be very different," she said.

During ICU stays, caregivers worry about survival, Cameron said. Next, their concern shifts to recovery and transition to return to work or other activities. Those who want to help should know help may be needed over the long term, she added.

The report is published in the May 12 issue of the New England Journal of Medicine.