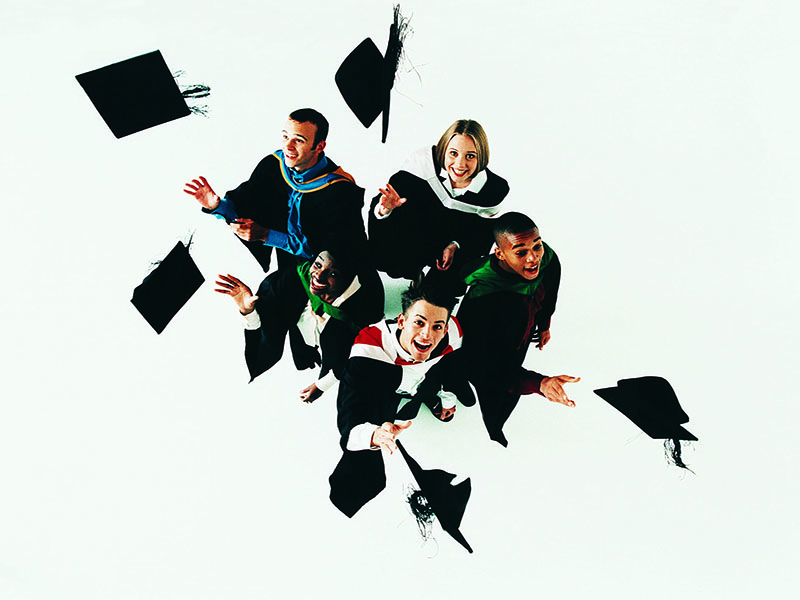 WEDNESDAY, May 11, 2016 (HealthDay News) -- Your genes may influence how far you go in school, a new study suggests.

Scientists have found over 70 genetic variations that may play a role in how much formal education people end up getting.

But the researchers were quick to stress that genes have a fairly minor influence. Social and environmental factors are much more important, the study authors said.

"We know that environment overall, not genetic factors, has the predominant impact on educational attainment," said lead researcher Daniel Benjamin, an associate professor at the University of Southern California, in Los Angeles.

In fact, the researchers found, the genetic variants tied to education often resided in regions of DNA thought to be important in early brain development.

There was also "suggestive evidence," Benjamin said, that some variants mattered because they have effects on people's thinking and learning skills, or a personality trait dubbed "openness to experience."

But much more research is needed to understand what's going on, Benjamin said.

Scientists had already known that genes play some role in educational attainment, based on studies of twins and other siblings.

But the actual genes involved have remained elusive, said Jason Boardman. He's a professor of sociology at the University of Colorado at Boulder who studies gene/environment interactions.

That's "perfectly understandable," Boardman said. There are probably thousands of genetic variations that each have small effects on something as complex as education, he said.

Benjamin agreed. He said his team identified 74 variations -- but together they explained just 0.43 percent of the difference in education levels across the study group.

The findings are based on genetic samples from nearly 300,000 adults from 15 different countries, mostly white, who were taking part in several ongoing studies. The researchers compared their findings from this group to another group of 110,000 people from a U.K. database, and found similar results.

Based on past studies, researchers think that genes account for about 20 percent of the differences in education levels among individuals.

That means "there must be, at least, thousands of genetic variants that influence education that have not yet been detected," Benjamin said.

So what's the value in looking at the genetics behind education?

The findings could shed light on the biology underlying brain development, Benjamin said. The findings might also provide clues to certain neurological and psychiatric conditions, he noted.

For example, some of the same variants tied to higher education levels were also linked to a lower risk of Alzheimer's disease and neurotic personality traits, the researchers found.

Others were linked to an increased risk of bipolar disorder. And some were tied to either a heightened or decreased risk of schizophrenia, Benjamin said.

That kind of genetic "overlap," he explained, raises interesting questions for future research.

For one, it's possible that some of the other genetic variants tied to education -- whose functions are unknown -- could also be linked to those neuropsychiatric conditions.

It's also possible, Benjamin said, that many of the education-linked variations are "pleiotropic" -- meaning they play a role in multiple human traits.

In the case of Alzheimer's disease, for example, studies have found that people with more education tend to have a lower risk of the disease. According to Benjamin, the new findings suggest that genes -- and not only environment and social factors -- might help explain that connection.

The findings are not useful, however, for "predicting" whether your child is going to college, both Benjamin and Boardman said.

That's partly because whatever your particular genetic "score" is, environment can modify the effects, Benjamin explained.

As part of the study, his team looked at a group of Swedish adults born between 1929 and 1958. They found that the connection between genetic scores and education level was weaker among people born in the 1950s, versus the 1930s.

That younger group, according to Benjamin, was in school at a time when Sweden made broad education reforms. That suggests the reforms "reduced the effects" of the genetic variants, he said.

Boardman made the same point.

"If anything, we've learned that genetic contributions to a trait like education change over historic time," he said. "In addition, different genes may be linked to educational attainment for different groups at different historical time periods. There is nothing deterministic about [this] at all."

The study was published May 11 online in the journal Nature.