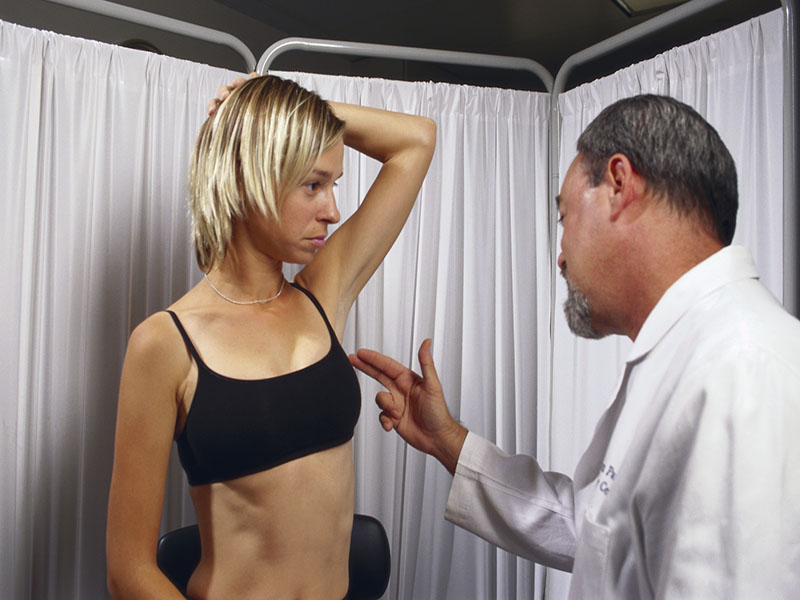 The study included 348 women with BRCA genetic mutations that increase the risk of breast cancer. They had preventive nipple-sparing mastectomies between 1968 and 2013. Of those women, 203 had both breasts removed (bilateral mastectomy) and 145 had one breast removed preventively after cancer occurred in the other breast.

Three to five years after surgery, none of the women who had bilateral nipple-sparing mastectomy developed breast cancer at any site. No breast cancers developed in the remaining skin, nipples or lymph nodes on the side of the breast removal.

Seven women died from breast cancer during follow-up. All of them had a previous or concurrent breast cancer at the time of surgery and their late-stage disease was attributed to that cancer, according to the study that was to be presented at the annual meeting of the American Society of Breast Surgeons, in Dallas.

The findings show that nipple-sparing mastectomies, which leave women with more natural-looking breasts than other mastectomies, could be effective at reducing breast cancer risk in women with BRCA mutations, the researchers said.

"Nipple-sparing mastectomy is gaining wide acceptance because of its superior cosmetic results, but pockets of the medical community remain skeptical that it is the right choice for the BRCA population," said study lead author Dr. James Jakub, a breast surgeon at Mayo Clinic in Rochester, Minn.

"This is the largest study of its kind to address the controversy, and to show that nipple-sparing mastectomy is as effective at preventing breast cancer as traditional mastectomy," he said in a clinic news release.

"There is no question that this option of nipple-sparing mastectomy can often provide an outstanding cosmetic result and may make it easier for women who are at risk to take this preventive measure," Jakub said.

"Though the nipple is preserved, it unfortunately will not have stimulation or arousal. Despite that, studies looking at the impact of risk-reducing surgery on quality of life, sexual satisfaction and intimacy, suggest that being able to preserve aesthetics and body image can improve all of these factors," he concluded.

Because they were slated for a medical meeting, the findings should be considered preliminary until published in a peer-reviewed medical journal.