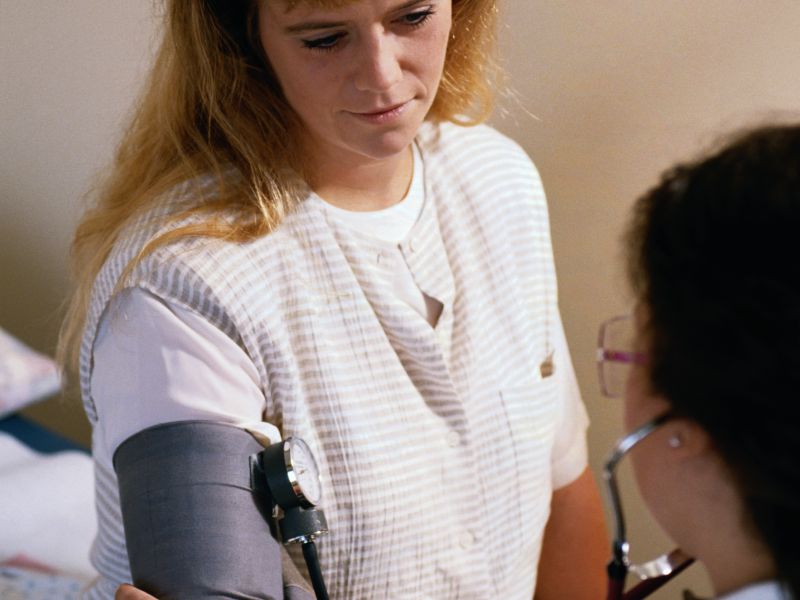 FRIDAY, April 22, 2016 (HealthDay News) -- Media coverage of celebrities who battle breast cancer is not always balanced or thorough, and this skewed view may be one factor in the growing popularity of double mastectomies, a new study suggests.

"Celebrities do have a significant impact on medical decision-making, but in this case it might be a negative effect," said study author Dr. Michael Sabel. He is chief of surgical oncology at the University of Michigan Comprehensive Cancer Center.

"The media coverage represents a kind of bias that makes people think this [double mastectomy] is the [best] treatment for breast cancer," Sabel said.

Still, the study didn't prove that media coverage actually caused the increase in double mastectomies seen in the past decade.

In the study, Sabel and his team gathered information on 17 celebrities who publicly disclosed their breast cancer diagnosis between 2000 and 2012. Among them were Christina Applegate, Sheryl Crow, Melissa Etheridge, Joan Lunden, Cynthia Nixon, Suzanne Somers and Wanda Sykes.

Meanwhile, only 26 percent of media coverage mentioned surgery when reporting on 10 celebrities who had a single mastectomy or breast-conserving therapy, the findings showed.

In some cases, the surgery is warranted, Sabel said. For instance, it could be recommended for a woman with breast cancer who has a strong family history and carries the genetic BRCA mutations that dramatically raise cancer risk, he explained.

"But we are seeing a tremendous rise [of double mastectomies] in those who don't have high risk," Sabel added. Many women come in with their minds made up, and instead of asking about options, they state their wish, he said.

Sabel wondered if media coverage might be playing a role, so his team analyzed more than 700 articles from major U.S. print publications, such as the Chicago Tribune, Los Angeles Times, USA Today and others.

The researchers looked only at celebrities who had breast cancer, not those, like actress Angelina Jolie, who have the genetic mutation that raises risk but who did not have a breast cancer diagnosis.

The researchers did highlight the case of actress Christina Applegate, who got a double mastectomy in 2008 after being diagnosed with breast cancer at the age of 36. But only a small part of the media coverage explained that she had BRCA mutations and a family history that raised her risk of a recurrence, the study authors noted.

What women take away from that kind of skewed coverage, Sabel suggested, is that every early breast cancer patient should have a double mastectomy.

Besides the skewed coverage, he said, other factors are driving the increase in the number of women choosing the aggressive procedure. Among them are more information about genetic risks and improvements in breast reconstruction methods.

The bottom line? Surgeons should work to educate the media about choices, Sabel said, to dispel the notion that double mastectomy is always best. Women should go to their surgeon with an open mind, asking about each option, and the pros and cons of each, he said.

The study was published online recently in the Annals of Surgical Oncology.

Dr. Courtney Vito, an assistant clinical professor of surgical oncology at the City of Hope National Medical Center, in Duarte, Calif., said the study findings reflect the questions she often gets in her practice. Celebrity coverage can give women the wrong impression, she agreed.

"Some patients view a bilateral [double] mastectomy as a benchmark of quality, even when it is sometimes medically inappropriate," Vito said.

For instance, a woman with early stage breast cancer but many other medical problems, such as obesity or high blood pressure, may be at less overall risk if she chooses breast-conserving therapy.

"Many women who have had bilateral mastectomy said they feel empowered," Vito said. Yet it does not improve their survival odds, she added.

"Because breast cancer treatment is tailored to personal history, family history, tumor biology and personal wishes, you must choose a physician with whom you can have a collaborative relationship," Vito said.