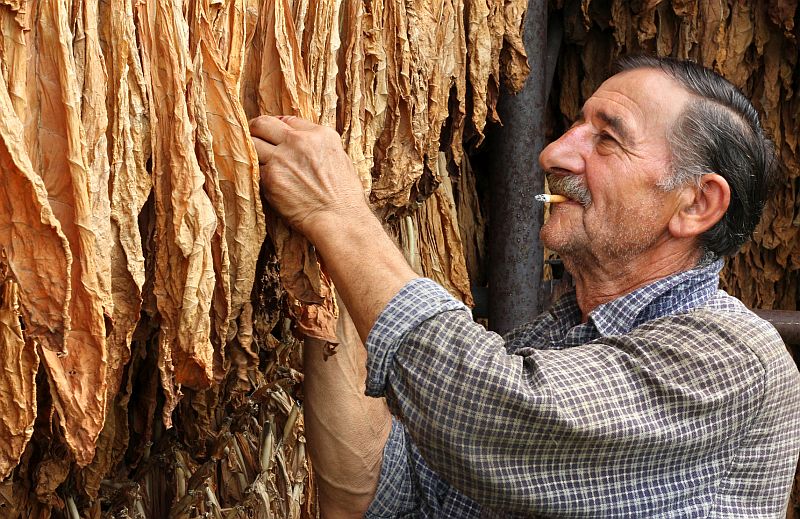 The campaign's message -- "smokeless doesn't mean harmless" -- will challenge a habit that has become a tradition in the rural United States, said Mitch Zeller, director of the Center for Tobacco Products at the U.S. Food and Drug Administration.

"It is culturally ingrained in many rural communities, and can be seen as a rite of passage and an acceptable societal norm," Zeller said during a Tuesday morning news conference. He noted that smokeless tobacco use is more than twice as common in rural areas as it is in urban settings.

Nevertheless, smokeless tobacco use has become increasingly popular among rural male teenagers, according to FDA research.

Every day in the United States, nearly 1,000 males younger than 18 try smokeless tobacco for the first time, outpacing those who take their first puff on a cigarette, Zeller said. About one-third of rural white males aged 12 to 17 have tried or are at risk of trying smokeless tobacco, totaling approximately 629,000 male youth nationwide.

"When people who these teens most trust and admire openly use and share smokeless tobacco, the product is seen as acceptable, and even as an expected part of growing up and belonging," Zeller said.

This is the first time the FDA has focused on smokeless tobacco in an ad campaign, said Kathy Crosby, director of the FDA's Office of Health Communication and Education.

Ads linked to the campaign show young men with ugly lip sores and horrific facial scars caused by mouth cancer, and a football player being tossed around by a nicotine addiction "monster." The ads will run on local television and in print, while others appear on local radio and through social media.

The new campaign will also collaborate with select Minor League Baseball teams to help combat the link between baseball and smokeless tobacco use among the campaign's target audience, Crosby said.

This summer, stadiums across the country will display campaign advertising and provide opportunities for fans to meet players who support the campaign's public health message, she said.

The FDA also is in ongoing talks with Major League Baseball about joining the campaign, and Zeller said he is "optimistic" that a partnership will be announced sometime this season.

Major cities such as Boston, Los Angeles, New York City and San Francisco have banned smokeless tobacco products at ballparks and other sports venues. Major League Baseball has warned that players caught violating the ban in these cities will be subject to discipline from the commissioner.

The smokeless tobacco campaign is an offshoot of the FDA's award-winning "The Real Cost" campaign, which since 2014 has been warning teenagers about the health effects of smoking.