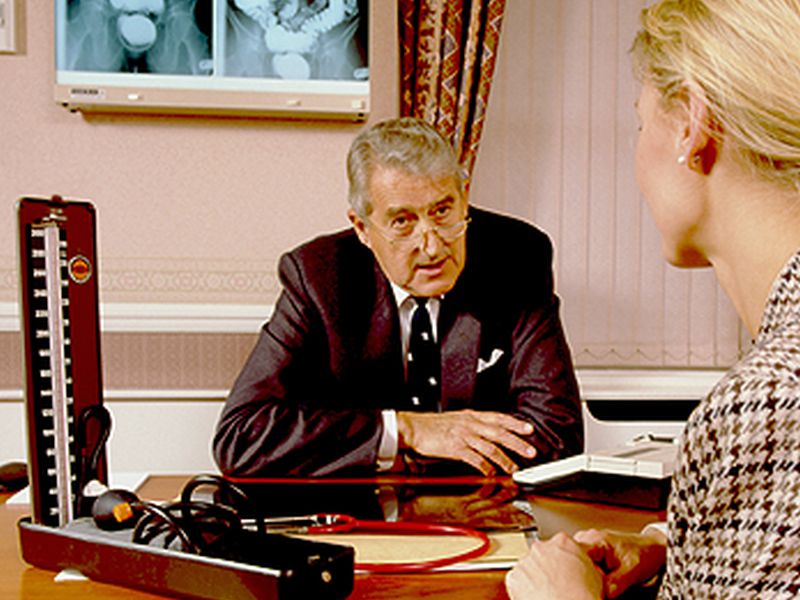 MONDAY, April 18, 2016 (HealthDay News) -- Many breast cancer patients receive chemotherapy they don't need, according to the results of a long-awaited clinical trial.

A genetic test called MammaPrint determined that nearly half the women slated for chemotherapy based on standard clinical assessments didn't really need to undergo the challenging treatment.

Researchers planned to announce the findings Monday at the American Association for Cancer Research (AACR) meeting in New Orleans.

After surgery to remove their tumors, breast cancer patients with a MammaPrint score recommending against chemotherapy had a 95 percent survival rate, said co-researcher Laura van 't Veer, the test's inventor.

"That's very high, and we showed that it doesn't differ between those who are treated and those who are not treated by chemotherapy," said van 't Veer, leader of the breast oncology program at the University of California, San Francisco Diller Family Cancer Center.

The clinical trial involved nearly 6,700 women at 111 medical centers in nine countries. It "represents what we in medicine call the highest level of evidence," AACR President Dr. Jose Baselga said.

"This study is telling us in a very clear way we can spare many women chemotherapy," said Baselga, chief medical officer of Memorial Hospital at Memorial Sloan Kettering Cancer Center, in New York City.

Previously, doctors guessed whether a woman needed chemo by measuring the tumor, examining its cells under a microscope, and using genetic testing to determine whether the tumor would respond to hormone therapy, Baselga said.

The MammaPrint test looks at a panel of 70 genes within the tumor itself to assess its aggressiveness and the odds it will come back without chemotherapy, van 't Veer said.

"Our test looks under the hood, at the engine of the tumor," she said. "The biology tells more about the tumor than simply examining its size, because you're really looking into the tumor."

MammaPrint has been on the U.S. market since FDA approval in 2007. But, many cancer doctors have waited for the results of this clinical trial to see how well it works, Baselga said.

Although the results should be considered preliminary until published in a peer-reviewed medical journal, Baselga said "this is the result we were hoping for."

In the clinical trial, researchers sorted breast cancer patients into four groups, based on whether MammaPrint testing or traditional clinical assessment recommended chemotherapy.

MammaPrint reduced chemotherapy prescriptions by 46 percent among the more than 3,300 patients in the trial categorized as having a high risk of breast cancer recurrence based on common clinical and pathological criteria, the researchers said.

Further, just over 2,700 patients who had a low MammaPrint risk score but a high clinical risk score wound up with a 94.7 percent five-year survival rate, whether they got chemo or not, the researchers said.

"If we can select those patients that don't need chemotherapy, unneeded treatment can be avoided and we will be one step closer to making sure treatment for breast cancer is tailored to the individual," she said.

Young women have been more likely to receive chemotherapy in standard breast cancer care, even though it can destroy their fertility and leave them open to long-term health problems, Vogel said.

"In my training, if you had a young woman with breast cancer, she got chemotherapy," Vogel said. "But now we can be selective, and we know there's a very large number of young women with small hormone-responsive tumors who do not need chemotherapy."

Vogel said he frequently uses the MammaPrint test in his practice, and found that it helps all patients regardless of how they fare on it.

"It works both ways," he said. "It reassures the people who don't need chemotherapy, and when you get a big score that says there would be benefit, it encourages the patient they're doing the right thing by taking chemotherapy."

MammaPrint is covered by Medicare and is reimbursed by most large health insurers in the United States, van 't Veer said.

The test is expected to save health care dollars, Baselga said.