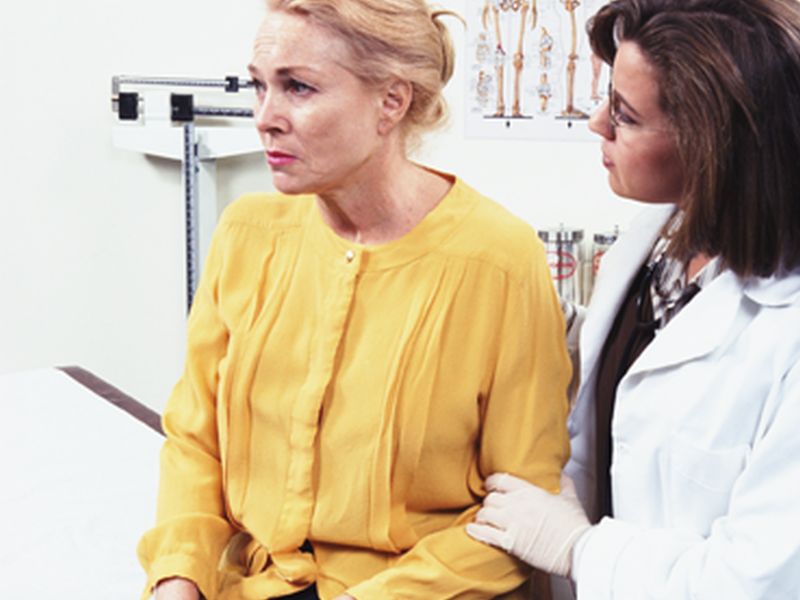 FRIDAY, April 15, 2016 (HealthDay News) -- Early stage breast cancers known as DCIS (ductal carcinoma in situ) should be treated with surgery, not a "wait-and-watch" approach, according to new research.

Experts have debated whether to treat early DCIS or simply monitor it to see if it progresses. The new study suggests excision of DCIS -- cancer confined to the milk ducts in the breast -- is best in nearly all cases.

"Regardless of [tumor] grade, surveillance alone without surgery is not adequate," said Dr. Sadia Khan, advisor to the breast cancer program at Hoag Memorial Hospital Presbyterian in Newport Beach, Calif. She presented the study results Thursday at the American Society of Breast Surgeons meeting in Dallas.

Grade describes the degree of tumor-tissue abnormality and how likely it is to grow. Lower grades have better outlooks.

With treatment, survival from DCIS is nearly 100 percent, Khan said. However, if the cancer recurs, it can become invasive and life-threatening.

For the study, Khan and her colleagues divided 720 patients with DCIS into two groups. Nearly 600 of the women had the tumor excised, with clear (cancer-free) margins of 1 millimeter or more after surgery. Those women were compared with 124 whose margins were less than 1 mm. These women declined a recommended second surgery. A margin of 2 mm of normal tissue around the tumor site is a common goal.

Those who declined the second surgery served as a surrogate for an observation-only group in the study.

After 10 years, about two-thirds of those with margins of less than 1 millimeter had a local recurrence, compared to up to 46 percent of those in the group with broader margins, the study found.

Recurrence was defined as the cancer returning to the original site.

Even in those who had the very earliest DCIS, with the lowest grades, the recurrence rate was 53 percent in those with margins less than 1 mm. The researchers termed this rate "too high" to be considered adequate treatment.

In comparison, only 13 percent of those with the very earliest DCIS and margins of more than 1 millimeter had recurrence after 10 years, the study found.

"Doing a needle biopsy and just watching someone with a mammogram is inappropriate and unacceptable for DCIS," Khan said.

The study adds "very important information" for women who want to know their recurrence risk, and talk to their doctors about what to do and decide what risk they are comfortable with, said Dr. Linda Bosserman. She is a clinical assistant professor at the City of Hope Medical Group in Rancho Cucamonga, Calif. She played no role in the study.

Depending on a woman's preferences and other medical conditions, she said, some women may accept a relatively low risk of recurrence. Adding radiation after surgery can reduce the recurrence risk of DCIS even more, Bosserman pointed out.

The study adds good information doctors can pass on to patients, she said. "We can now better advise our patients, based on this study, that if they have low grade (1-2) DCIS [the earliest grade] with less than a 1 mm margin, they would have an 18 percent chance -- or about a one in five chance -- of having their breast cancer recur in five years," Bosserman said.

Over 10 years, their recurrence risk rises to about one in two, she added.

Another expert, Dr. Julie Margenthaler, professor of surgery at Washington University in St. Louis, said that the study reinforces the concept that "for the vast majority, the standard surgical excision [of DCIS] is still the appropriate course of treatment." Margenthaler wasn't involved in the new study.

"There are select patients who may be eligible for observation alone. But that should be closely monitored," she said. Ideally, they should be in a clinical trial, Margenthaler suggested.