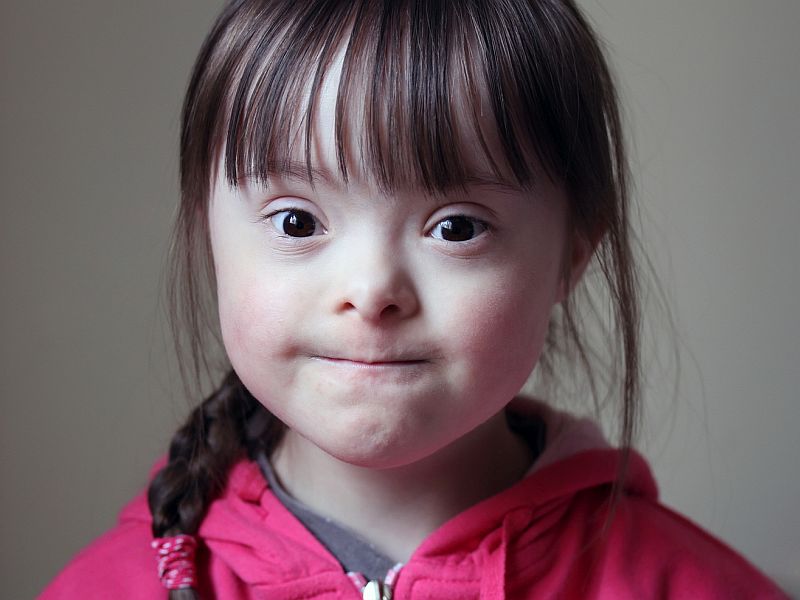 MONDAY, March 21, 2016 (HealthDay News) -- Families of children with Down syndrome face challenges, but by and large their experiences are positive ones, a new study suggests.

Researchers found that in 87 percent of families they surveyed, everyone -- parents and siblings -- said they loved their family member who had Down syndrome, and almost as many families said they felt pride for the child.

Few families expressed any regret about having a child with Down syndrome, the researchers reported in the April issue of the American Journal of Medical Genetics Part A.

The findings are more than "good news" for families, said lead researcher Dr. Brian Skotko. He is co-director of the Down syndrome program at Massachusetts General Hospital, in Boston.

Skotko said the information could also help expectant parents who, through prenatal diagnosis, learn that their child will be born with Down syndrome.

"When parents come in for counseling sessions, they want to know, what will this be like for our family, for our marriage?" Skotko said.

But while many studies have focused on the developmental issues and medical conditions that affect people with Down syndrome, few have looked at families' experiences, according to Skotko.

"We hope this study helps paint a more accurate picture of what families' lives are like," he said.

In the United States, about 6,000 babies are born with Down syndrome every year, according to the U.S. Centers for Disease Control and Prevention. The condition arises when a baby carries an extra copy of chromosome 21.

The effects of Down syndrome vary from one person to another, but it usually causes mild to moderate intellectual impairment. Many children also have some health issues, including heart defects, and hearing and vision problems, the CDC says.

These days, Down syndrome is often diagnosed prenatally, Skotko pointed out. Screening tests during early pregnancy -- including blood tests and ultrasound -- can show whether a fetus is at increased risk of Down syndrome. Invasive testing, such as amniocentesis, can then be used to confirm the diagnosis.

The latest findings are based on surveys of 283 people with Down syndrome aged 12 and older, and over 2,700 parents and siblings, from six U.S. states. Some families received the Down diagnosis prenatally, others after their child was born.

All of the families belonged to local Down syndrome nonprofits -- which is a limitation of the study, said David Coe, a clinical psychologist at Nicklaus Children's Hospital in Miami, who specializes in caring for kids with intellectual impairments.

It's hard to know whether the families' experiences reflect those of most U.S. families who have a member with Down syndrome, said Coe, who was not involved in the study.

Still, he said it's important for researchers to delve into not only parents' feelings about raising a child with intellectual impairments, but siblings' emotions as well.

In this survey, when problems with family relationships did appear, they often involved younger siblings -- kids aged 9 to 11. About 13 percent of them did not "feel proud" of their brother or sister with Down syndrome, for example.

It's not surprising that younger siblings would have a tougher time than older brothers and sisters would, according to Coe. "Those younger children are going through their own developmental issues, and it can be hard to process their siblings' issues, too," he said.

Skotko agreed that it's not surprising. In some cases, he said, younger children might be jealous of the attention their sibling with Down syndrome receives. Other times, children might be embarrassed; that was more likely, the survey found, if parents acknowledged that they themselves felt embarrassed.

Skotko said he thinks the younger children's feelings were often "pretty typical" for kids their age.

But, he added, if parents think their child is really struggling with having a sibling with Down syndrome, they can ask for help -- from their health provider or a local support group.

"Sometimes you just need to talk to other families, and get some kind of validation," Skotko said.

There was one surprise finding from the survey, according to Skotko: Families' feelings about their experiences seemed unrelated to the severity of their child's intellectual disability.

Coe stressed that kids with Down syndrome are all different -- with a range of abilities and special needs -- just like all families are different. So there's no way to predict what your family's experience will be based on other people's.

The researchers agree that there's no single "playbook" for family relationships.

But, Skotko said, the feelings of families in his survey do paint a portrait that's different from what many people may believe.

"These families were overwhelming happy and content," he said. "And many felt their lives have been enriched."