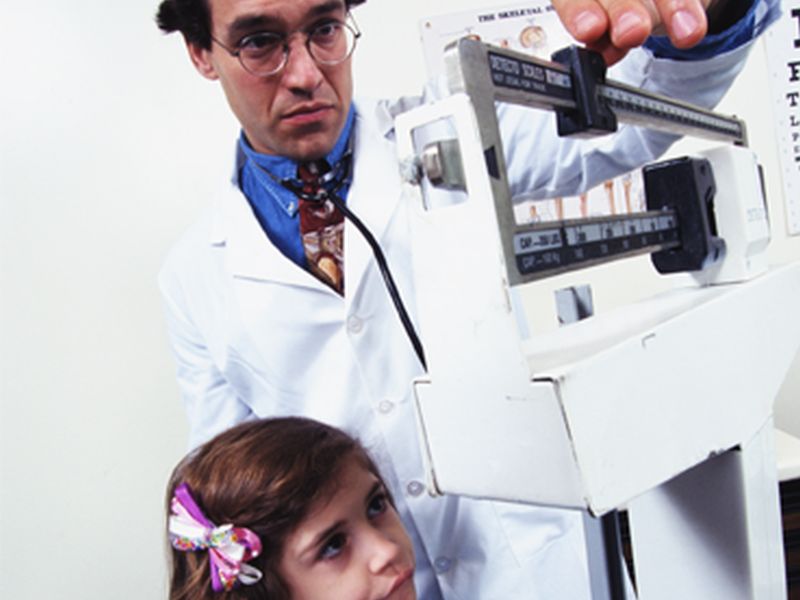 In recent years, some schools have implemented fitness assessments -- including measurements of each child's weight -- that are then sent back to parents.

It's thought by some that the approach might help curb rising rates of child obesity in the United States.

"Childhood and adolescent obesity is an epidemic that is affecting our nation's youth, with far-reaching consequences into adulthood, including diabetes, heart disease, sleep apnea and even cancer," said Dr. Mary Mehlman. She is an associate director of Winthrop University Hospital's Hempstead Pediatric Clinic in Mineola, N.Y.

Mehlman was not involved in the new study, which was led by Amy Ellen Schwartz, director of New York University's Institute for Education and Social Policy in New York City.

The students in the study underwent checks of their height, weight and fitness between 2007 and 2012.

According to the researchers, regular fitness assessments did not lead to dramatic changes in body fat levels among girls who were at or near the "cutoff" point for being classified as overweight.

Mehlman called the findings "disappointing," but she said there could be reasons why the fitness reports failed to help these girls.

"It is unclear as to how engaged the parents and families became in response to their child's fitness assessment -- how intimately involved they became in overcoming their child's poor fitness status," Mehlman said.

Schwartz's group agreed that the study data did not show whether the students' fitness assessment reports were actually received by parents, or whether or how thoroughly they were read by students or parents.

And they stressed that the findings only apply to female public school students near the overweight cutoff -- not to the overall impact of fitness/weight reporting in New York City's schools.

According to Mehlman, programs that more closely integrate home and school to help prevent child obesity might have a lasting effect.

That would "take time, effort and resources," she said, but "it would be wonderful to see the implementation of a comprehensive school-based program that involves the school, its students, as well as their families, which could hopefully foster a lifelong healthy diet and lifestyle."

The new study was published March 14 in the journal Proceedings of the National Academy of Sciences.