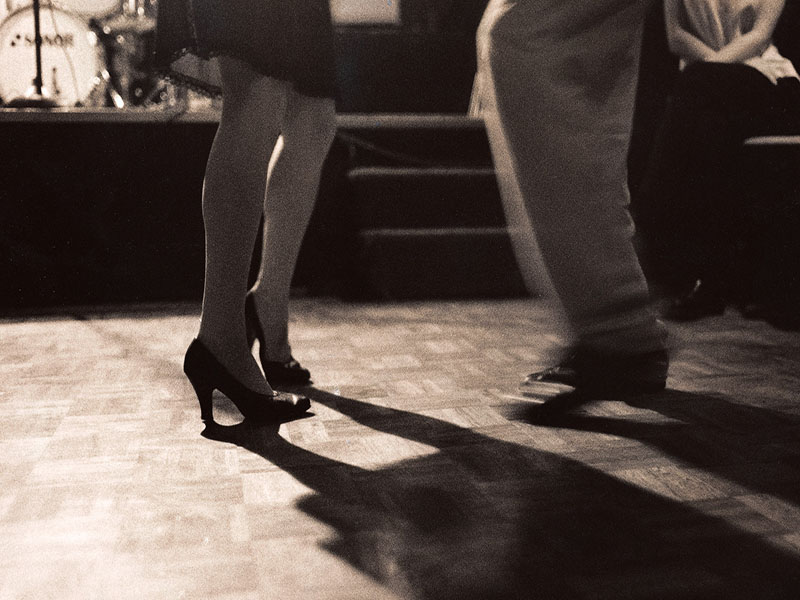 The study was small, involving just 57 older adults, but researchers said the results were encouraging. After four months of dance class, seniors were fitting more activity into their daily lives -- and were more agile on their feet, according to findings presented Friday at an American Heart Association meeting, in Phoenix.

In general, experts recommend that adults of all ages get at least 30 minutes of moderate exercise, such as brisk walking, most days of the week.

But only a minority of Americans reach that goal, and Hispanic adults lag behind other groups. Just 41 percent get that much exercise, compared with 53 percent of whites and 44 percent of blacks, according to the U.S. Centers for Disease Control and Prevention.

One reason for that, he said, is related to culture. Many older Hispanic adults, especially women, did not grow up playing sports or getting other standard definitions of "exercise."

"It's probably unreasonable to expect them to join a gym and walk on a treadmill," said Marquez, an associate professor of kinesiology and nutrition at the University of Illinois at Chicago.

So he and colleague Miguel Mendez decided to put together a program of dance classes in merengue, salsa, cha-cha and bachata. For many older Hispanic Americans, Marquez said, dance was a part of their younger years -- at least informally.

"They may have done it with their families, or at social gatherings, or when they went out with friends," Marquez explained. "So we thought, let's develop something that people will actually enjoy."

"There's the movement, but there's also the social aspect. People are good medicine," he said. "And then there's the music, and the mental engagement. You're learning new steps each class, so you have to use your mind and memory."

For the pilot study, Marquez's team randomly assigned 57 Spanish-speaking adults, mostly female and in their 60s, to take dance classes twice a week or attend a weekly health education program.

After four months, both groups had boosted their daily activity levels, but the dance group made bigger gains. On average, they were physically active to some degree almost 14 hours out of the week -- which was up from 11 hours before they started the dance classes.

Their performance on a standard walk test also improved. The test, Marquez said, measures mobility, not fitness -- and it's not yet clear whether the dancers boosted their cardiovascular health.

A larger trial is underway to assess the longer-term effects, including any mental benefits, Marquez said.

A researcher not involved in the study agreed it's important to study exercise programs that are culturally tailored.

"We need to be testing a variety of exercise programs that are interesting to different groups of people -- and it doesn't have to be 'exercise' in the way we usually think," said Carol Ewing Garber, a professor of bio-behavioral sciences at Columbia University, in New York City. Garber is the immediate past president of the American College of Sports Medicine.

She agreed that for older Hispanic adults, the idea of joining a gym could be intimidating or impractical. And a daily walk may not be possible if they live in an unsafe or otherwise unwalkable neighborhood.

"But a dance class at a place where they're comfortable, like the local community center, might be more appealing," Garber said.

As for the effects seen in the study, Garber said they were "modest." But, she added, the pilot study really aimed to see whether the program was feasible.

Anecdotally, Marquez noted, study participants have said the classes help relieve their stress and make them feel more connected to their community.

For now, he said, the "bigger picture message" is for older adults to find activities they actually like, so they'll stick with them. "Good health is a lifelong process," Marquez said.

In general, data and conclusions presented at meetings are considered preliminary until published in a peer-reviewed medical journal.