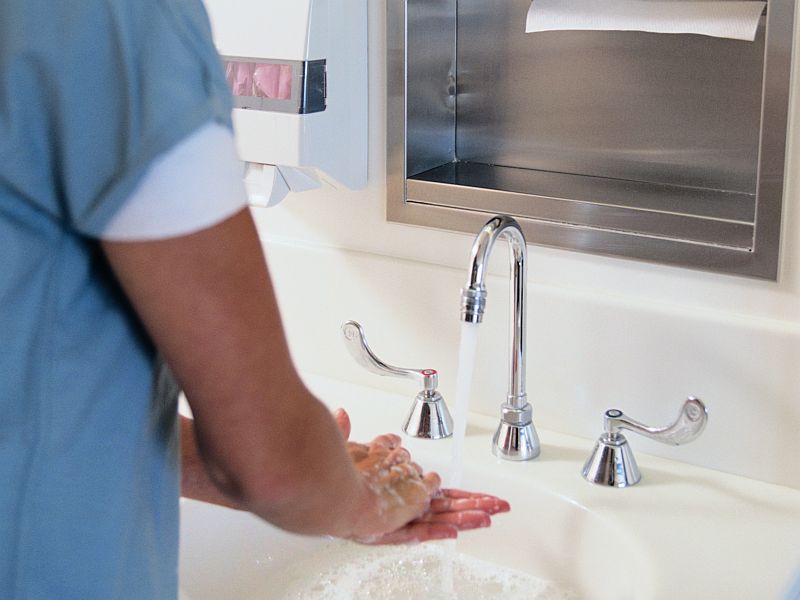 THURSDAY, March 3, 2016 (HealthDay News) -- Although U.S. hospitals are making gains in the fight against some antibiotic-resistant superbugs, too many people are still getting these infections in health care facilities, federal health officials report.

And the U.S. Centers for Disease Control and Prevention is urging doctors, nurses and other health care professionals to be at the forefront of the fight against these infections.

"Doctors are the key to stamping out superbugs," CDC Director Dr. Tom Frieden said during a news conference Thursday.

Study senior author Dr. Clifford McDonald, said, "We are seeing progress in several areas, but more needs to be done." McDonald is the associate director for science of the division of healthcare quality promotion at the CDC.

More than 700,000 U.S. patients are infected by bacteria in hospitals, and 75,000 die from hospital-acquired infections each year, McDonald said.

"In some hospitals, more than one in four infections are caused by antibiotic-resistant bacteria," he added.

"No one should get sick when they're trying to get well," he said.

People being treated for other conditions can become infected with antibiotic-resistant bacteria while in a health care facility. These bacteria can lead to body-wide infections (sepsis), or even death, CDC experts said.

In hospitals, one in seven infections from catheters or surgery was caused by antibiotic-resistant bacterial strains. In long-term acute care hospitals, where patients generally stay 25 days or more, the rate of these infections rises to one in four, according to the new report.

The six common antibiotic-resistant bacteria are:

Bacteria want only to live and reproduce, which is why they figure out ways to get around antibiotics, McDonald said. New bacteria also emerge, he added.

U.S. hospitals are getting better at preventing most of these infections, researchers say.

Some of the report's major findings on acute care hospitals include:

The report also looked at the role of Clostridium difficile (C. difficile), the most common type of bacteria responsible for infections in hospitals. In 2011, C. difficile caused almost half a million infections in the United States.

However, progress has been made in decreasing hospital cases of C. difficile. Between 2011 and 2014, these infections were cut 8 percent, the researchers said.

To combat the problem of antibiotic-resistant infections, the CDC is calling on doctors, nurses and hospital staff to continue to prevent the spread of bacteria between patients. The CDC is also asking health care professionals to reduce infections related to surgery and placement of catheters. The agency is also calling for cautious use of antibiotics to help fight resistance.

Patients also have a role, McDonald said. This includes washing hands after using the bathroom and before meals, he said.

"There is reason for concern, but also cautious optimism," McDonald said. "We know we can prevent these health care-associated infections."

The findings are published in the latest edition the CDC's Vital Signs report.