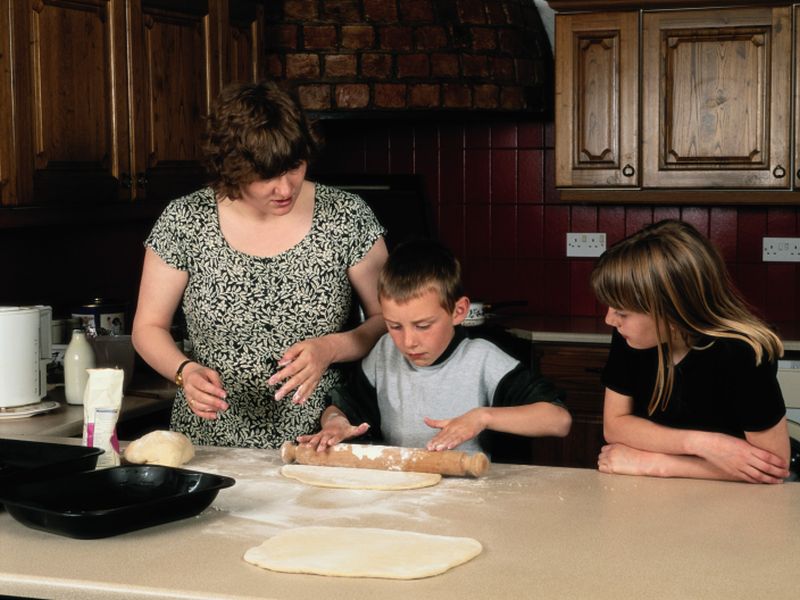 TUESDAY, March 1, 2016 (HealthDay News) -- If you eat poorly and exercise rarely, it's highly likely that your kids will adopt at least some of these bad habits, endangering their hearts.

That's the finding from new research involving nearly 1,500 children, aged 8 to 16, and 1,020 of their adult caregivers.

The study, to be presented Tuesday at a meeting of the American Heart Association in Phoenix, found that kids often take after their parents or other caregivers when it comes to unhealthy habits that then raise the odds for obesity, high blood pressure, high blood sugar and high cholesterol.

One expert wasn't surprised by the finding.

"Although there is clearly a genetic component to heart disease, this study demonstrates how risk factors are often learned lifestyle behaviors, and occur from how kids are taught to live," said Dr. Suzanne Steinbaum, a preventive cardiologist at Lenox Hill Hospital in New York City.

"Heart disease needs to be looked at as a true family issue," she said, "and intervention needs to take place within the behaviors of the home."

Further analysis showed that kids were likely to be similar to their caregivers in terms of body fat, blood pressure and cholesterol.

"Cardiovascular disease -- which is truly a lifestyle disease -- is a problem that affects the family, as behavior is often emulated and passed down from caregiver to their children," Steinbaum added.

"The study data makes the case for having more nutrition education programs that target families, particularly families with adults who have metabolic risk factors," said Pamela Koch, executive director of the Tisch Center for Food, Education, and Policy at Columbia University in New York City.

"With good, quality nutrition education there is the opportunity to reverse these trends and help all children to be able to grow into adults who can stay free of preventable metabolic diseases and have increased quality of life and reduced medical costs," she said.