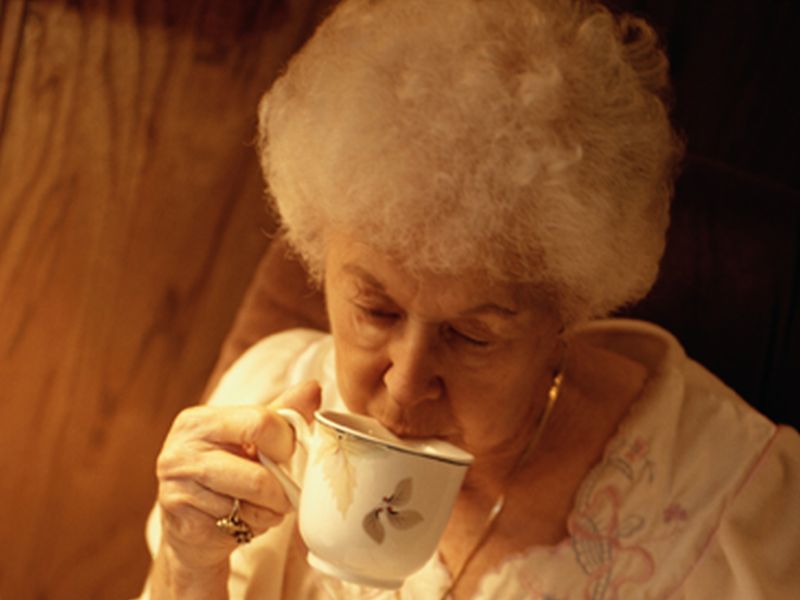 TUESDAY, March 1, 2016 (HealthDay News) -- Drinking as little as a cup of tea daily may be good for your heart health, new research suggests.

The study found that people who drank a cup of tea each day were 35 percent less likely to have a heart attack or other major cardiovascular event, compared to nondrinkers.

The study also found that tea drinkers were less likely to have calcium buildup in the heart's coronary arteries. Calcium deposits have been linked to serious conditions, such as heart disease and stroke, the researchers said.

"We found that moderate tea drinkers had a decreased progression of coronary artery calcium and a decreased incidence of cardiovascular events," said Dr. Elliott Miller. He's an internal medicine physician and instructor of medicine at Johns Hopkins Hospital in Baltimore.

But Miller noted that the researchers couldn't prove a cause-and-effect relationship between tea drinking and heart disease.

"This is an observational study," Miller said, "and we can't say for sure it was the tea or just the healthier lifestyle of the tea drinkers."

Miller is scheduled to present the study on Tuesday at a meeting of the American Heart Association in Phoenix. Findings presented at medical meetings are considered preliminary until published in a peer-reviewed journal. The study received no funding from the tea industry, according to Miller.

For the study, Miller and his team looked at data from more than 6,000 men and women enrolled in an ongoing study that began in 2000. At the beginning of the study, all of the volunteers were free of heart disease, Miller said.

The researchers tracked the records of the men and women to see who had a heart attack, stroke, chest pain, or died from other types of heart disease over 11 years. The investigators also measured the calcium deposits in the blood vessels over five years by comparing earlier CT scans to later ones.

The study found that people who drank a cup of tea a day had about one-third less risk of a major heart disease event during the study period than people who didn't drink tea. Tea drinkers -- those who drank from one to three cups daily -- also showed a decline in the calcium buildup in their arteries.

The researchers can't say if drinking more than three cups of tea a day would lead to even better heart health. Miller said there were very few participants who drank more than four cups of tea daily.

The men and women drank either black or green tea. But the findings weren't separated by tea type, he said.

Miller also can't say why the tea might help. However, the study echoes some previous work, with some experts saying plant chemicals called flavonoids, found in tea, explain the protective effect on the heart, he said.

He added that it's premature to give advice about tea and heart health based on the study results.

"It's too early to say drinking tea will help you have less cardiovascular events, like heart attack and stroke. But it does suggest there could be a protective nature of tea, or that tea drinkers in general are healthier individuals," he said.

Other research has focused on the antioxidant properties of tea, said Lona Sandon, a dietitian and assistant professor of clinical nutrition at the University of Texas Southwestern Medical Center at Dallas. Sandon wasn't involved with the new research, but reviewed the study's findings.

The study holds the potential of more good news for tea drinkers, she said. "I will continue to drink my daily iced tea," she said. "Tea is a great low-calorie beverage choice as long as you do not load it up with sweeteners. And if it brings health benefits, then all the better."