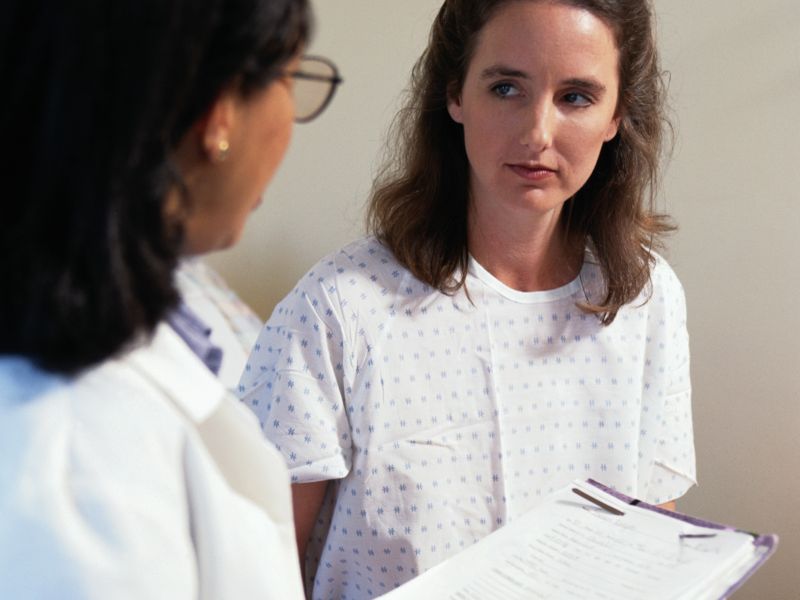 Younger women who'd already had a procedure known as angioplasty to open their heart arteries were significantly more likely to need additional procedures to keep those arteries open and functioning well than men were, the study said. Angioplasty is a procedure in which a tiny balloon is inflated inside an artery to widen the vessel and clear partial blockages.

The researchers pointed out that even though young women's arteries appeared to be healthier and less blocked than those of their male counterparts, they were still more likely to need more treatment.

"Although women tended to have less heart disease than men, they had generally worse outcomes over one year and five years compared to men," said lead researcher Dr. Robert Wilensky, a professor and cardiologist with the University of Pennsylvania School of Medicine, in Philadelphia.

The study involved more than 10,000 patients who received angioplasty to treat heart disease. They were treated at 27 different North American medical centers between June 1997 and May 2006.

Overall, women under age 50 were less likely to have ever needed treatment for heart disease, the study showed. Just 394 women and 1,141 men from the larger group were under age 50 and had undergone angioplasty, the study data revealed.

But within the first year following angioplasty, more than twice as many young women received bypass surgery, 9 percent compared to 4 percent of young men. About 19 percent of women required a repeat angioplasty, compared with 13 percent of men, the study reported.

Also, the young women remained at increased risk for repeat procedures even five years out, the researchers reported.

Dr. Roxana Mehran is director of Interventional Cardiovascular Research and Clinical Trials at Mount Sinai's Icahn School of Medicine, in New York City. "The young women, those are the real troubled women," she said. "They have other things that are going on that are contributing to their continued illness."

Young women who develop heart disease appear to have many dangerous risk factors that can cause heart and blood vessel complications, the researchers noted.

For example, nearly 53 percent of the younger women with heart disease were smokers. "That's much higher than older women or older men, and slightly higher than younger men," Wilensky said.

They also appeared prone to suffer from high blood pressure, diabetes and obesity. "These factors may be working against them, and requiring more repeat procedures," he said.

Gender and age differences might play a role as well. For example, younger women appear to feel the symptoms of heart disease more strongly, Wilensky said.

"That may push cardiologists do to another procedure and maybe discover a blockage that wouldn't have been discovered any other way," Wilensky said.

The high levels of estrogen that premenopausal women naturally have might also play some as-yet-unknown role in their heart health, the researchers added.

"There may be some hormonal issues that don't exist in older women," Wilensky said.

Mehran said the study revealed an urgent need to focus on heart problems in younger women, something that hasn't happened because their overall risk of heart disease is lower.

"This is a real unmet need," Mehran said. "Younger women who have heart disease, we have to figure out how to avoid and prevent heart disease that presents at an early age.

"We really do need to stop comparing men to women, and think about the women as their own entity, and start to think about how devices and drugs are working in the female population rather than comparing them to men," she concluded.

The study was published Feb. 23 in the journal Circulation: Cardiovascular Quality and Outcomes.