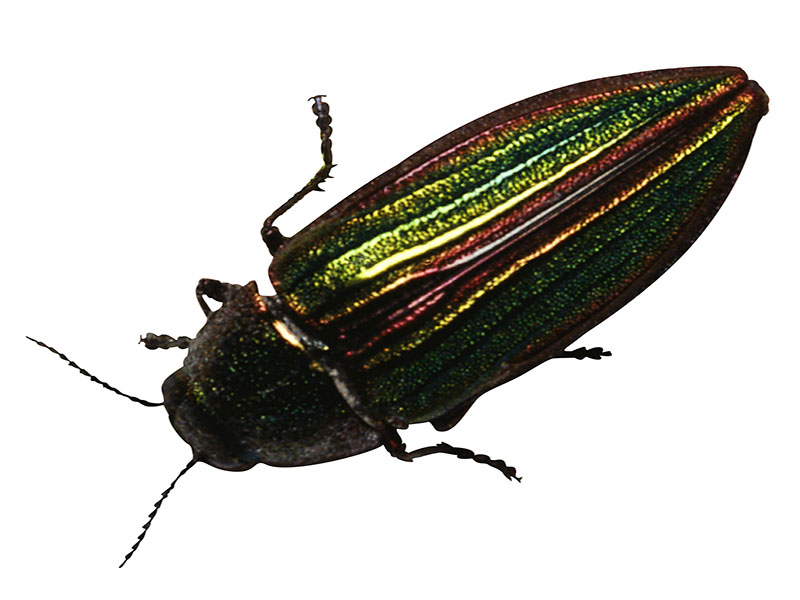 TUESDAY, Jan. 19, 2016 (HealthDay News) -- Even if you think you live alone, you may not: A new study finds that the average American shares his or her home with over 100 different species of insects and other "arthropods."

Arthropods are invertebrates with exoskeletons -- segmented bodies and jointed limbs, and include insects, spiders, centipedes and mites.

A team led by Matt Bertone, an entomologist at North Carolina State University, went room-to-room in 50 freestanding houses within 30 miles of Raleigh, N.C.

The researchers found that, overall, nearly 600 different kinds of arthropods were found across the various homes.

On average, any one home had about 100 different types of arthropods, the researchers said, and only five of the 554 rooms sampled contained no arthropods.

"We think our homes are sterile environments, but they're not," Bertone said in a university news release. "We share our space with many different species, most of which are benign. The fact that you don't know they're there only highlights how little we interact with them."

The most common groups of arthropods in the homes were flies, spiders, beetles, ants and book lice, according to the study published Jan. 19 in the journal PeerJ.

Not all of the species found "are actually living in everyone's homes" on an ongoing basis, Bertone noted. Many "had clearly wandered in from outdoors, been brought in on cut flowers or were otherwise accidentally introduced," he said. "Because [these species are] not equipped to live in our homes, they usually die pretty quickly."

So, should people worry about all these tiny housemates? Probably not, Bertone said.

"The vast majority of the arthropods we found in homes were not pest species," he said. "They were either peaceful cohabitants -- like the cobweb spiders (Theridiidae) found in 65 percent of all rooms sampled -- or accidental visitors, like midges and leafhoppers (Cicadellidae)."

The next step is to look more closely at the arthropods found in homes.

"Do they provide important services that we don't know about in the ecosystems of our homes? Do any host microbial organisms affect our health, for good or bad?" wondered study co-author Michelle Trautwein, who is chair of dipterology -- the study of flies, gnats and other insects -- at the California Academy of Sciences, in San Francisco.

"We can also begin to explore their traits to see if they share evolutionary characteristics that have made them better suited to live with humans," she said.

Bertone said his team also plans "to assess how a home's structure, its outdoor environment, and the behavior of its human residents influences the biodiversity of arthropods in the home."