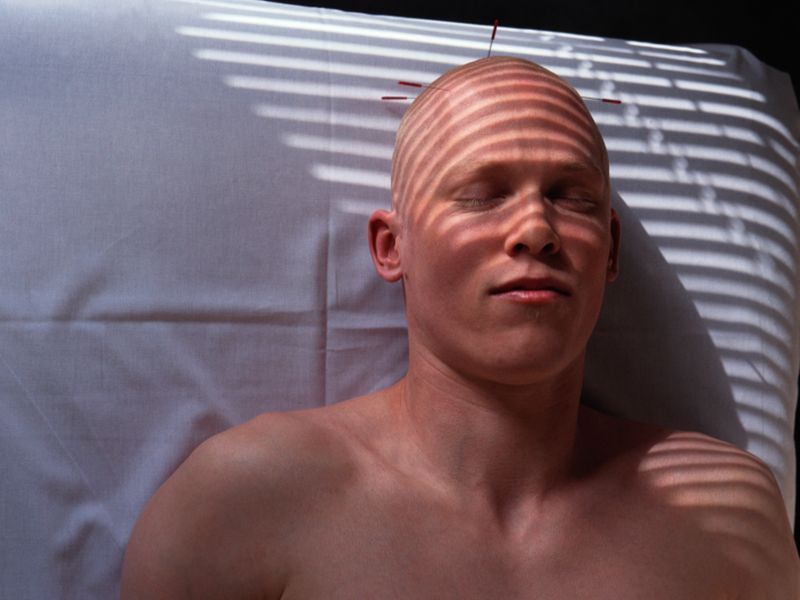 MONDAY, Jan. 18, 2016 (HealthDay News) -- Though prior research warns that sleep deprivation may increase the risk of type 2 diabetes, a new study suggests that "catch-up" sleep might reverse that risk -- at least in the short-term.

Short-changing sleep during the week only to sleep in for long periods on the weekend is a common pattern in the United States, according to the study authors. And, previous research has suggested that getting just four or five hours of sleep a night can boost type 2 diabetes risk by nearly 20 percent.

But the new study hints that that risk might be reversed with just two days of extra sleep.

"I have to say that this is a small, very short-term controlled study involving only healthy men," said study lead author Josiane Broussard, an assistant research professor with the Sleep and Chronobiology Laboratory at the University of Colorado in Boulder.

"In real life, you'd be losing sleep week in and week out, so we don't know whether catch-up sleep can give you this kind of risk improvement in that context. But the good take-away from this work is that at least in terms of diabetes risk, it seems that you're not necessarily totally screwed if you experience sleep loss," said Broussard.

The study findings were published online Jan. 18 in Diabetes Care.

Initially, 19 healthy, young and lean men were allowed up to 8.5 hours of sleep per night (between 11 p.m. and 7 a.m.) for four consecutive nights in a sleep lab. They slept an average of 7.8 hours a night, the study authors said.

The four-day "normal" sleep period was followed by a glucose tolerance test to see the young men's usual diabetes risk.

The same group was then placed on a lab-controlled sleep deprivation schedule. Each volunteer could sleep just 4.5 hours a night (between 1 a.m. and 5:30 a.m.) for four consecutive nights. After the four nights, they had another glucose tolerance test. On average the men slept 4.3 hours a night, the researchers said.

The men had a 23 percent drop in insulin sensitivity compared to normal levels after four days of too little sleep, the study showed. Similarly, a key diabetes risk measure called the "disposition index" (based on the interaction between insulin sensitivity and the acute insulin response to blood sugar) also dropped by 16 percent following sleep restriction.

But testing following the two days of recovery sleep showed that both insulin sensitivity levels and the disposition index fully rebounded after the catch-up sleep, the researchers said.

The investigators concluded that catch-up sleep may reverse the negative short-term impact of sleep loss on diabetes risk, at least in otherwise healthy fit young men.

"Whether a pre-diabetic or overweight person would improve is really not known," cautioned Broussard. "And while I would hypothesize that women -- who also have impairments when sleep-deprived -- would also improve, there could be a difference in the degree of their improvement. So really this study raises many more questions than we answer."

That point was seconded by Frank Scheer, an associate professor of medicine at Harvard Medical School, and a neuroscientist at Brigham and Women's Hospital in Boston.

"This is one of the first well-controlled studies on the effects of sleep recovery on blood glucose regulation, using a relevant weekday-weekend sleep restriction-recovery design," he said.

But he added that "follow-up studies are needed to test whether weekend sleep recovery is as effective when the weekday restricted sleep occurs repeatedly, week after week, as is common in many of us."

Plus, Scheer said, the study was done on healthy people, so it will be important to see if the results are similar in people with pre-diabetes or type 2 diabetes, or for people with chronic sleep disorders.