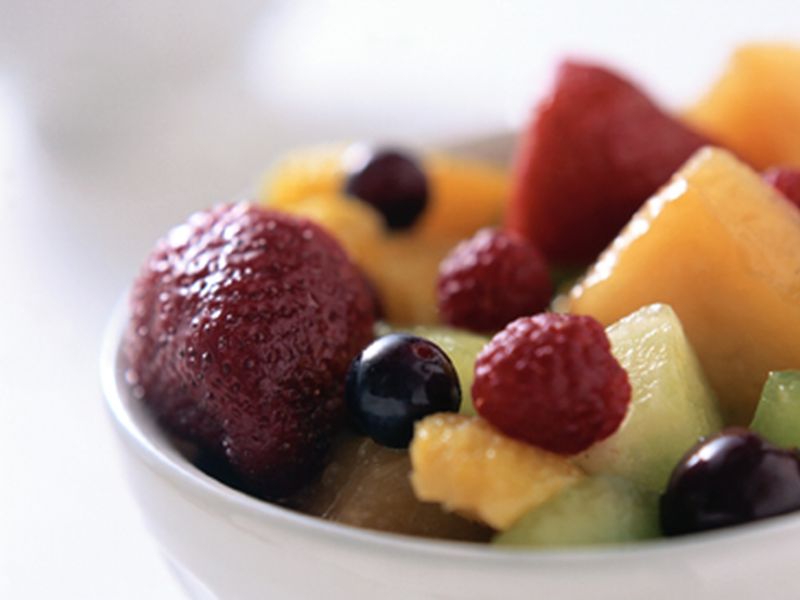 Foods rich in these flavonoids are associated with reduced risk of erectile dysfunction, researchers reported Jan. 13 in the American Journal of Clinical Nutrition.

Eating a flavonoid-rich diet may be as good for erectile function as briskly walking for two to five hours a week, researchers from Harvard University's T.H. Chan School of Public Health and the University of East Anglia in England reported.

Anthocyanins are generally found in blueberries, cherries, blackberries, radishes and red wine. Flavanones and flavones are found in citrus fruits.

"Men who regularly consumed foods high in these flavonoids were 10 percent less likely to suffer erectile dysfunction," lead researcher Aedin Cassidy, a professor of nutrition at the University of East Anglia, said in a university media release. "In terms of quantities, we're talking just a few portions a week."

The study only found an association between flavonoid consumption and erectile function, and not a cause-and-effect connection.

Other health experts said the study findings might just be the result of men eating lots of fruits and vegetables as part of an overall healthy lifestyle.

"I'm a firm believer that food is medicine," said Dr. Bruce Gilbert, director of reproductive and sexual medicine at the Arthur Smith Institute for Urology in New Hyde Park, N.Y. "But does this paper give me the good sense that they have made their point that eating more berries will decrease erectile dysfunction? No."

The study involved more than 25,000 middle-aged and older men who have filled out regular health surveys since 1986.

The men were asked in 2000, 2004 and 2008 to rate their ability to have and maintain an erection sufficient for intercourse. Researchers compared their answers to the amount of flavonoid-rich foods the men reported eating in separate food questionnaires.

The study showed that higher total fruit intake was associated with a 14 percent reduction in the risk of erectile dysfunction.

The benefits of flavonoids were greatest in men younger than 70, the researchers found.

Flavonoids might boost a man's ability to achieve and maintain an erection by helping preserve the health of his blood vessels, the researchers said in background notes. Prior studies have shown that flavonoids can improve blood vessel function and reduce blood pressure.

Dr. Drogo Montague, a urologist and director of the Cleveland Clinic's Center for Genitourinary Reconstruction, said erectile dysfunction can be a harbinger of vascular disease. "If a man has ED, he may have early or advanced coronary artery disease," he said.

Gilbert noted that the men in the study who ate lots of flavonoid-rich foods also were less likely to smoke or drink alcohol and more likely to exercise regularly -- all lifestyle factors that improve both heart health and erectile function.

In addition, Gilbert criticized the study for using a nonstandard questionnaire for assessing erectile function. "I can't believe in their conclusion based on their paper," he said. "They have no quantification or qualification of erectile dysfunction."

Despite these drawbacks, it is good to remind men that lifestyle has a big impact on erectile function, said Dr. Landon Trost, a Mayo Clinic urologist.

"It will not be surprising to many that increasing fruits and vegetables reduces diseases, including erectile dysfunction," Trost said. "However, it provides yet another motivating factor to adopt healthy lifestyle changes."