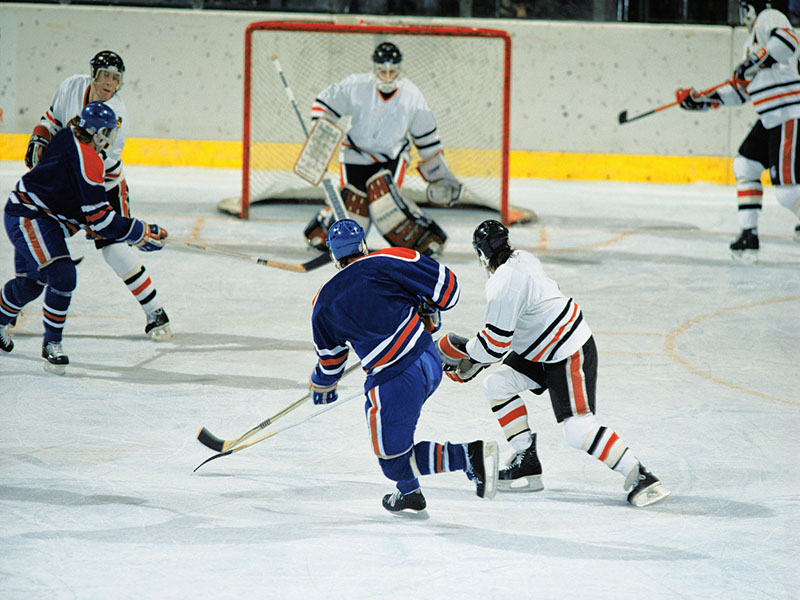 FRIDAY, Jan. 8, 2016 (HealthDay News) -- Concussions in youth ice hockey are as common as in youth football and soccer, and often occur when players break the rules of the game, a new study finds.

While the concussion rates in youth ice hockey are no greater than in other contact sports, more than 40 percent are caused by illegal hits, especially from behind, researchers said.

And younger players were at higher risk, according to the report.

"These findings highlight the importance of providing medical assistance, not only during ice hockey games, but also during practices, where more concussions occurred than expected," said Anthony Kontos, the study's lead author. Kontos is research director of the University of Pittsburgh Medical Center's Sports Medicine Concussion Program.

According to the USA Hockey Coaching Education Program, illegal moves include hitting from behind, crossing arms to hit a player in the neck and jumping on a player to push him into the wall.

Kontos suggested that training kids to obey the rules and enforcing penalties may reduce the number of concussions.

"Better enforcement of existing penalties for illegal hits -- especially those from behind when players are less able to protect themselves -- may help to limit concussions in youth ice hockey," he said.

The report was published online Jan. 8 in the journal Pediatrics.

There were 37 diagnosed concussions, all of which involved player-to-player contact, such as checking or collision. Illegal plays resulting in penalties accounted for 43 percent of the concussions, Kontos and colleagues found.

Concussions were three times more likely to happen during games than practices. However, ice hockey players were more likely to get a concussion during practice than kids in other sports practices, including football, the investigators found.

Most youth ice hockey concussions were suffered by players aged 12 to 14, rather than older players, the findings showed. This is in contrast to other youth sports, such as football, where concussion rates increase as players get older.

"Younger players may be at higher risk for concussion than older players, possibly due to unfamiliarity with checking and disparities in body size and strength, which highlights the need for concussion awareness and clinical care in this at-risk age group," Kontos said.

Symptoms of a concussion include severe headache, dizziness, blurred vision, sensitivity to light and, in severe cases, recurrent vomiting, the researchers said.

When a concussion occurs, the player should be taken out of the game and not be allowed to play again until all the symptoms are gone and a doctor has been consulted, Kontos added.

But if the symptoms are serious, such as a severe headache or recurrent vomiting or dizziness to the point of having trouble walking, then the player should go to the emergency room, he advised.

Dr. John Kuluz, director of traumatic brain injury and neurorehabilitation at Nicklaus Children's Hospital in Miami, said kids should play sports for all the positive things the games can do for children.

"A lot of improvement is needed in terms of the players and how they play the game within the rules," Kuluz said. "Make sure your kid plays for a coach and a team that appreciates the seriousness of concussion."