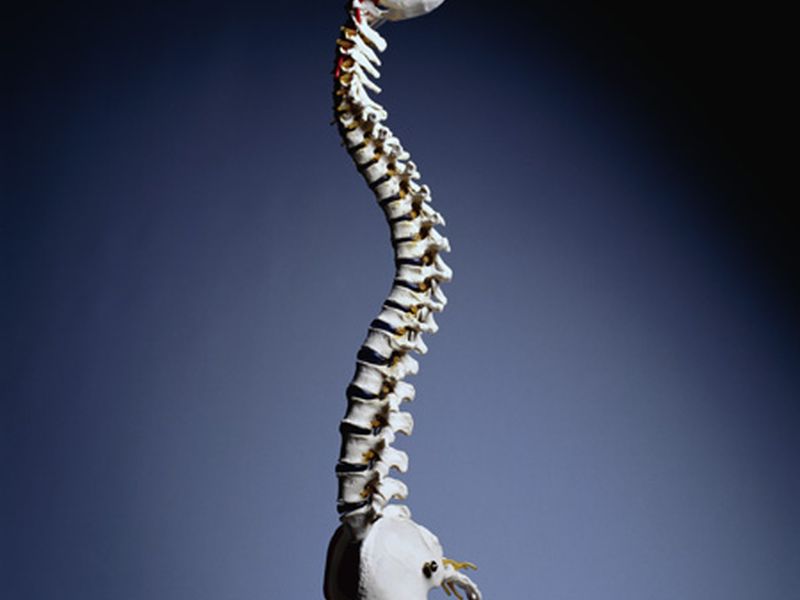 THURSDAY, Jan. 7, 2016 (HealthDay News) -- Researchers have identified a change in gene function that may explain why humans walk upright while other primates don't.

Stanford University researchers were studying a tiny fish called the threespine stickleback and noted that the fish had evolved different skeletal structures to adapt to environments around the world. The scientists also found that skeletal modifications occurred during human evolution, which resulted in a more sturdy foot well-suited for walking.

"It's somewhat unusual to have a research project that spans from fish all the way to humans, but it's clear that tweaking the expression levels of molecules called bone morphogenetic proteins can result in significant changes not just in the skeletal armor of the stickleback, but also in the hind-limb development of humans and primates," said study senior author David Kingsley. He is a Howard Hughes Medical Institute investigator and professor of developmental biology at Stanford.

"This change is likely part of the reason why we've evolved from having a grasping hind foot like a chimp to a weight-bearing structure that allows us to walk on two legs," he said in a university news release.

The researchers looked at the regions of the fish's genome that control armor plate size. They also focused on differences among 11 pairs of marine and freshwater fish with varying armor-plate sizes, examining a region that includes the gene for a specific protein coding gene called GDF6.

Due to DNA changes near this gene, freshwater sticklebacks produce higher levels of GDF6 and developed smaller armor plates than those living in saltwater.

Based on these findings, the study's authors theorized that changes in GDF6 production levels could also have contributed to skeletal modifications that occurred during human evolution.

The research team compared differences in the genomes of chimps and humans. Previous studies found two places near the GDF6 gene in which humans have lost regulatory regions that are conserved in chimps. The researchers continued their investigation by examining one of these regions.

"This regulatory information was shared through about 100 million years of evolution," Kingsley said. "And yet, surprisingly, this region is missing in humans."

Meanwhile, lab mice who had the chimp regulatory DNA produced the protein in their hind limbs. But GDF6 wasn't expressed in their forelimbs or in their big toes.

The researchers suggested that missing the GDF6 production in the hind-limb region helps explain why humans developed a more sturdy foot, enabling them to walk upright.

"You can evolve new skeletal structures by changing where and when the signals are expressed, and it's very satisfying to see similar regulatory principles in action whether you are changing the armor of a stickleback, or changing specific hind-limb structures during human evolution," Kingsley said.

The study was published online Jan. 7 in Cell.