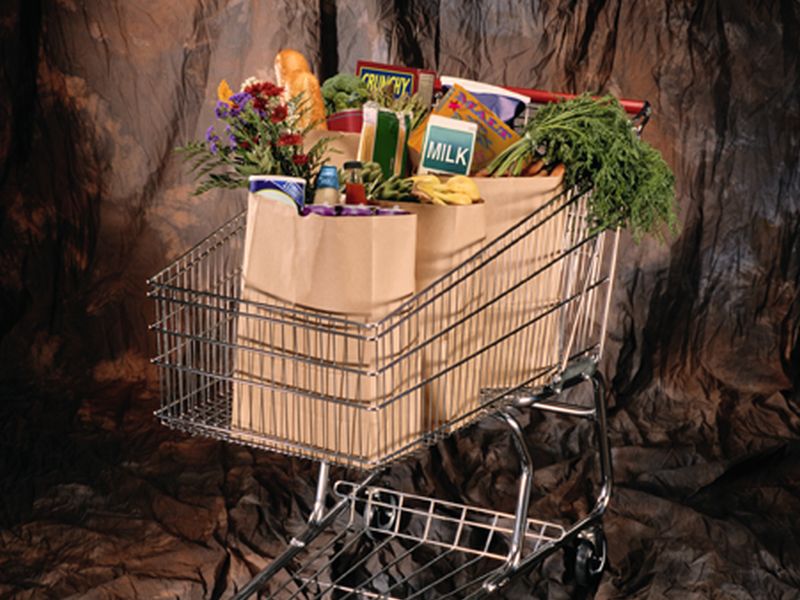 People tend to overeat when they're consuming food that's been labeled "healthy," undermining their own efforts to improve their diet, the study found.

People order larger portions, eat more and feel less full when they're consuming food that's been portrayed as "healthy" in its packaging, according to a report published recently in the Journal of the Association for Consumer Research.

"It's quite ironic. The more we put out foods that are labeled healthy, we could be abetting the obesity epidemic rather than combatting it," said study author Jacob Suher, a doctoral student at the University of Texas at Austin's McCombs School of Business.

People appear to overeat "healthy" food because they subconsciously consider it less filling, Suher and his colleagues found.

But they also found that this effect could be counteracted if people are told that a healthy food is "nourishing" -- a word that appears to indicate the food is more filling.

"The word 'nourishing' brings up another unconscious intuition that seems to override the one attached to the word 'healthy,' " Suher said.

"When people say mind over matter, it really does seem to be a big factor," said Dubost, a spokesperson for the Academy of Nutrition and Dietetics. "What your perception is of the food you eat can be very different from how your body is responding to it. Clearly, we need to start addressing both the conscious and the subconscious in our messages about healthy eating."

The new study took place in three phases. First, researchers asked 50 college students to look at pictures of healthy and unhealthy foods, and words associated with either "filling" or "not filling." The investigators found that people associated unhealthy foods with the thought of feeling full.

Next, the research team conducted a field study in which it measured the hunger levels of 40 graduate students after eating a cookie that had been labeled as either healthy or unhealthy. Even though all the cookies were the same, students who were told they were eating a "healthy" cookie wound up feeling hungrier 45 minutes later than those who thought they were eating an "unhealthy" cookie.

In the last phase, 70 college students were presented popcorn that had been portrayed as either "healthy," "unhealthy" or "nourishing." The students were asked to order as much popcorn as they thought they'd need to not be hungry until their next meal, anywhere from one to 10 cups.

The effect of the word "healthy" on food consumption held strong even for people who disagreed in a questionnaire that healthy foods are less filling, Suher said. That indicates that people's response to the word is ingrained into their subconscious, and they react to it automatically, the study authors said.

There are a couple of potential explanations for why the word "healthy" has become associated with less filling, Suher said.

People tend to come up with extreme examples when provided the words "healthy" or "unhealthy," veering either to salad on the one hand or pizza on the other, he said. These biases could influence a person's eating habits.

Diners also might be subconsciously programming themselves to relate unhealthy foods to a feeling of fullness. "People are more likely to consume unhealthy foods to fullness, because they're either served in larger portion sizes or are seen as tastier," Suher said.

People need to be reminded that eating lots of even healthy foods can load a person up with excess calories and lead to weight gain, Dubost said.

Dubost added that she'd like to see follow-up studies that examine the effect of these words on the eating habits of other groups of people -- middle-aged folks, the elderly or the obese.

For now, people who want to improve their diet might try associating the word "nourishing" with the word "healthy" when they're food shopping or ordering at a restaurant, Suher said.

"Seek out foods portrayed as nourishing, and think of healthy foods as nourishing," he said. "People appear to associate the idea of nourishment with being filling."