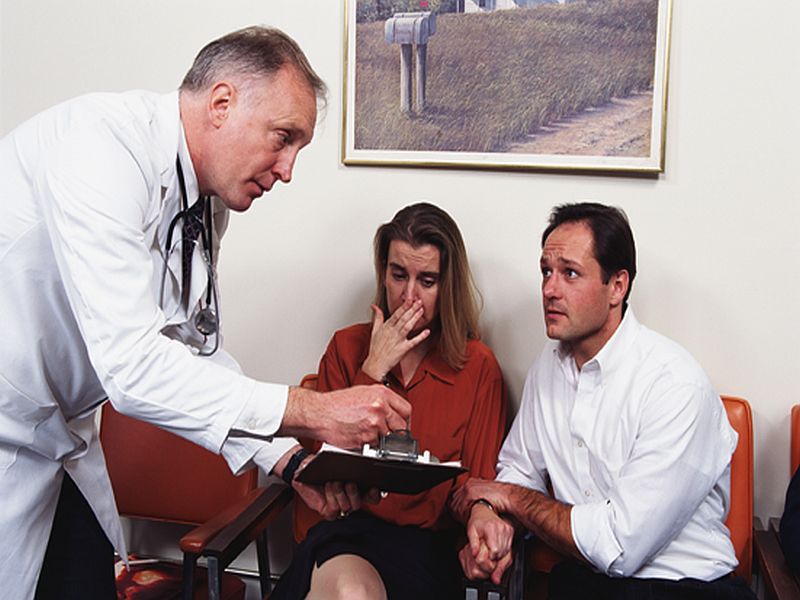 MONDAY, Dec. 7, 2015 (HealthDay News) -- Infertile men may have a higher risk of developing other health problems such as diabetes, heart disease and substance abuse disorders, compared with fertile men, a new study suggests.

"What's interesting is that these are young, healthy men," he said. "Prior studies suggested a higher risk of [testicular] cancer or even death. But for the first time, we are seeing higher risk of these metabolic diseases."

These findings suggest that infertility may provide a window into later health, Eisenberg added.

For the study, Eisenberg and colleagues collected data on more than 100,000 men from an insurance claims database between 2001 and 2009. Their average age was 33.

The researchers zeroed in on general health conditions of three groups of males: men diagnosed with infertility, men who didn't receive an infertility diagnosis and men who had had a vasectomy, who were presumed to be fertile.

Moreover, those with the most severe form of infertility had the highest risk of kidney disease and alcohol abuse, Eisenberg said.

The study doesn't establish a direct cause-and-effect relationship between infertility and chronic diseases, however.

But, the researchers speculated that hormonal and/or environmental factors may be involved.

Lower levels of testosterone in infertile men may be linked to higher rates of death and heart disease, they suggested.

Also, exposure to harmful environmental influences during fetal development might lead to both reproductive and general health problems later in life, Eisenberg said. Perhaps some of the same exposures that are related to heart disease later in life also reduce sperm count, he said.

"Thus, when a couple presents for infertility, there may be an opportunity to make a positive impact on a man's health through an evaluation of his fertility," Eisenberg said.

Dr. Christine Mullin, director of in vitro fertilization at the Center for Human Reproduction at North Shore-LIJ Health System in Manhasset, N.Y., said it does appear that men faced with infertility also face the potential for other health problems.

"The question really is which comes first, the heart disease or diabetes, or the infertility?" said Mullin, who wasn't involved with the research.

Infertility affects approximately 15 percent of couples, and male infertility is the cause in about half of all cases, Mullin said.

"Many men are seeing an infertility specialist as their first doctor in their adult lives," she said. "It is important that these doctors understand that the semen analysis is not only a screening tool to diagnose male infertility but also a means to uncover other health-related issues."

Infertility can be a warning sign of overall poor health in men, "and as reproductive specialists we need to act as first responders in helping men to achieve optimal health," Mullin said.

The study findings were published Dec. 7 in the journal Fertility and Sterility.