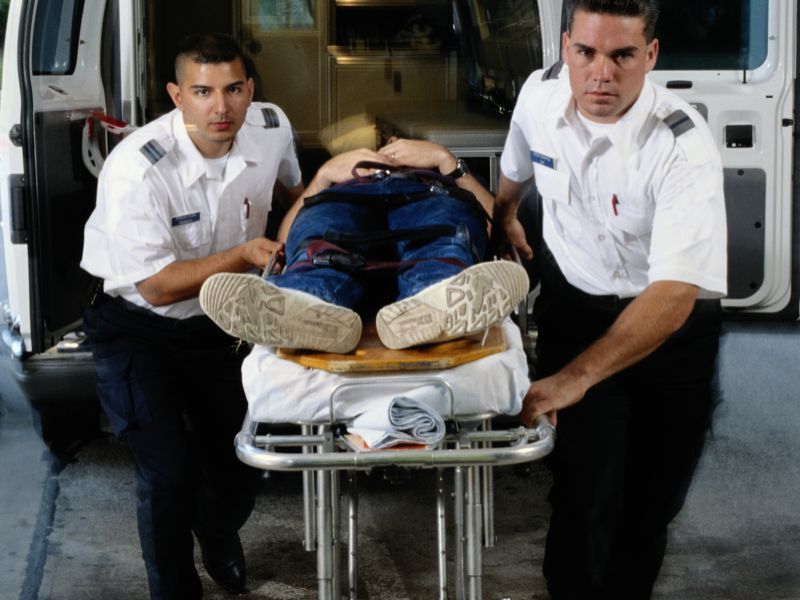 THURSDAY, Dec. 3, 2015 (HealthDay News) -- Mass shootings and the accompanying carnage have now become a regular part of life in America. And mental health experts warn that this steady drumbeat of violence could have major consequences for the nation's psyche.

There have been 355 mass shootings in the United States so far this year -- defined as incidents in which four or more victims were shot, though not necessarily killed, according to ShootingTracker.com, a crowd-sourced website that monitors U.S. gun violence.

That amounts to more mass shootings than days passed this year, far more than any other nation on Earth. And most of these horrific episodes fail to make national headlines.

For example, Wednesday's bloodbath in San Bernardino, Calif., that left 14 people dead and 21 wounded occurred just hours after a shooting in Savannah, Ga., in which four people were shot and one died.

But the psychological impact is starting to take a measurable toll, experts say.

"I think people are becoming more aware that these things are happening much more frequently," said Russell Jones, a professor of psychology and director of the Stress and Coping Lab at Virginia Tech, the college that in 2007 experienced a mass shooting that left 32 dead and 17 wounded.

"The nation is going to become more anxious and more fearful and more uncertain as this goes on. It has a cascading effect," he added.

On 20 separate days this year, there were at least four mass shootings somewhere in the nation. Acts of violence have become so common that people now know many of them by name -- Planned Parenthood in Colorado Springs, Sandy Hook, Virginia Tech, Columbine.

Many Americans have been left numb by the violence, and that's a normal human reaction, said Jonathan Alpert, a New York City psychotherapist and author of "Be Fearless: Change Your Life in 28 Days."

"That's how we protect ourselves from trauma," Alpert said. "We put up defenses. We put up barriers. We disconnect."

Some people will go into denial -- desensitized by the brutality. But, many others will become emotionally overwhelmed by the gun violence, said Dr. Carole Lieberman, a psychiatrist in Beverly Hills, Calif.

"When denial starts to lift, it can be a very confusing and anxiety-provoking time because the rational part of one's mind is struggling with the emotional part that doesn't want to hear the truth," Lieberman said.

Some people may become isolated homebodies as their world view continues to be shaken, said Jones, a fellow of the American Psychological Association.

Others might become angry and determined, and see the ongoing violence as a call to action -- even if they aren't exactly sure what they can do, said Michael Moore, assistant professor of psychology at Adelphi University in Garden City, N.Y.

"This is what spurs people to post on social media or sign online petitions. We want to feel that we are powerful, or useful, and can do something to prevent these terrible events," Moore said. "These actions are aimed as much at making us feel better, changing the world inside of us, as they are at effecting change in our external world, which is less controllable and predictable."

Samuel Gladding, a professor of counseling at Wake Forest University in Winston-Salem, N.C., agrees. "Those closest to the shootings are responding with an outpouring of altruistic acts," he said. "In such communities there is more fear, but also more defiance and resolve to not let violence win."

Those struggling to cope with these violent events would do well to remember that it's still very unlikely that you or yours will become directly involved in a shooting, said Dr. Renee Binder, president of the American Psychiatric Association.

"It's normal to react to it," Binder said. "When that happens for most people, you do a reality check and consider that the chances of this happening to someone you love is still very rare."

And there are steps people can take to cope and feel more in control, Alpert said. They include:

Parents should reassure their children and let them know they are safe, Binder and Jones said.

"Create an open and supporting environment, where children know they can turn to you and ask questions," Binder said.