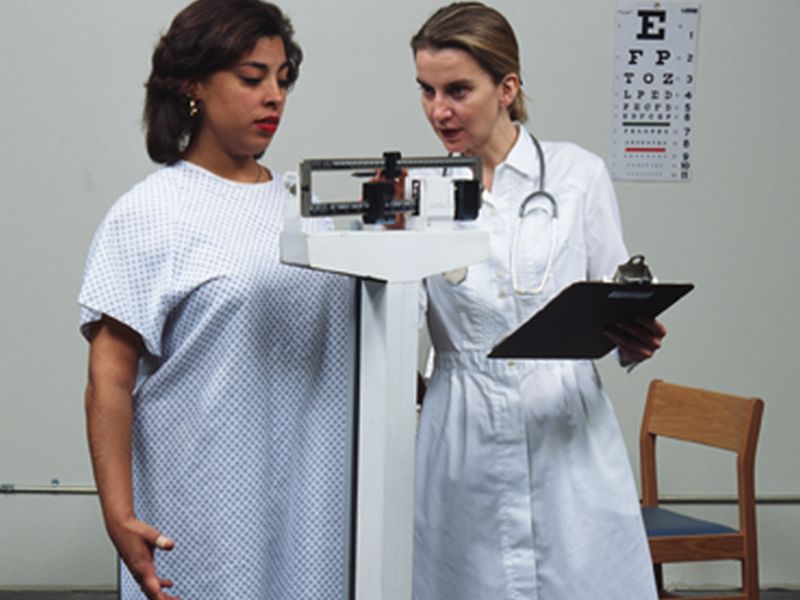 THURSDAY, Dec. 3, 2015 (HealthDay News) -- Weight gain after a first pregnancy might raise the risk of infant death and stillbirth in a second pregnancy, a new study suggests.

In mothers who were previously a healthy weight, even moderate weight gain between the two pregnancies was associated with increasing the odds for infant death, researchers reported Dec. 3 in The Lancet.

"The public health implications are profound," study author Sven Cnattingius, a professor at the Karolinska Institute in Sweden, said in a journal news release.

"Around a fifth of women in our study gained enough weight between pregnancies to increase their risk of stillbirth by 30 to 50 percent, and their likelihood of giving birth to babies who die in infancy increased by 27 to 60 percent, if they had a healthy weight during their first pregnancy," Cnattingius said.

But while the study detected an association between mother's weight gain and infant death and stillbirth, it didn't actually establish a direct cause-and-effect relationship.

The research team analyzed data from more than 450,000 Swedish women who gave birth to their first and second child between 1992 and 2012.

Overall, they found that women whose body mass index (BMI) rose more than four units (about 24 pounds for an average-height woman) between pregnancies had a 50 percent greater risk of their second baby dying within the first four weeks of life compared to women whose weight remained stable between pregnancies. BMI is a measurement of body fat based on height and weight.

Among mothers at a healthy weight during their first pregnancy, a BMI increase of two to four points (13 to 24 pounds in someone of average height) by their second pregnancy was linked to a 27 percent higher risk of infant death. Among those whose BMI rose four points or more, the risk was 60 percent higher, the study found.

The study authors suggested that BMI gains in healthy-weight women may reflect a greater increase of fat mass than in obese women, and therefore present a greater risk.

The researchers also found that the risk of infant death fell about 50 percent among overweight women who lost at least 13 pounds before their second pregnancy.

Still, "the prevalence of overweight and obesity in pregnant women has reached epidemic levels. More than half of women in the [United States] and one in three women in Sweden are either overweight or obese at the start of their pregnancy," said study co-author Dr. Eduardo Villamor, professor of epidemiology at the University of Michigan School of Public Health.

"Our findings highlight the importance of educating women about maintaining a healthy weight during pregnancy and reducing excess weight before becoming pregnant as a way to improve infant survival," he said in the news release.