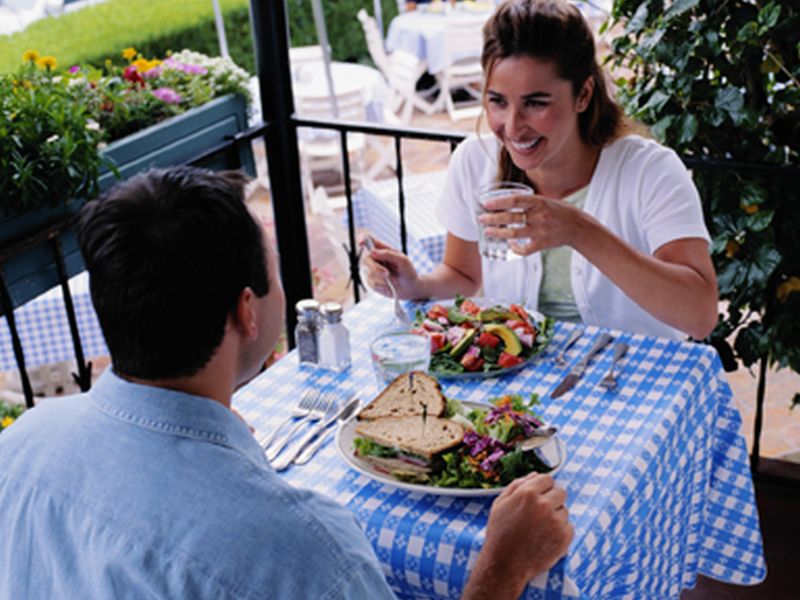 THURSDAY, Nov. 19, 2015 (HealthDay News) -- Ladies, if guys always seem to be going for second helpings on dates, you're not imagining things.

A new study suggests that men consume much more food when they dine with women, likely because they're "eating to impress."

"Men tend to overeat to show off -- you can also see this tendency in eating competitions, which almost always have mostly male participants," lead researcher Kevin Kniffin, of Cornell University, explained in a university news release.

In the study, his team secretly observed 105 adults having their lunches at an all-you-can-eat Italian buffet over the course of two weeks.

Men who dined with at least one woman ate 93 percent more pizza and 86 percent more salad than those who ate only with men, Kniffin's team found.

In contrast, women ate the same amount of foods, whether they dined with women or men.

Pigging out at meals would seem more of a turnoff than an attractive trait, but the researchers say evolution may have programmed men this way.

Kniffin, who is a visiting assistant professor at Cornell's Dyson School of Applied Economics and Management, said that consistent overeating would, of course, "produce a body shape research shows tends to be viewed as unattractive [by women]."

But, paradoxically, men may overeat in these situations to highlight their fitness through excessive, risky eating behaviors, the researchers said. This type of risky activity is meant to show females how tough and strong a man might be in the face of challenges, the theory goes.

And what about how the women ate during the meals? According to the Cornell team, women tended to think they were rushed and ate too much whenever they dined with men. But the study found no evidence that this was true.

The bottom line, according to Kniffin, is that "people should calm down when eating with members of the opposite sex. Men seem to be eating more, and women feel like they overate."

The study was published earlier this month in the journal Evolutionary Psychological Science.