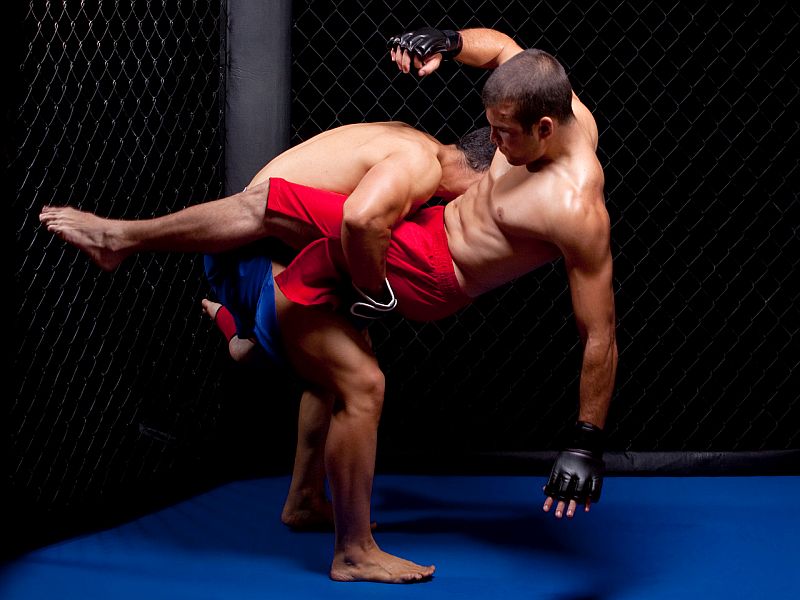 THURSDAY, Nov. 12, 2015 (HealthDay News) -- Mixed martial arts may look more savage than boxing, but the popular sport actually poses a lower risk of serious injury, according to a new study.

Canadian researchers reviewed the medical records of almost 1,200 mixed martial arts fighters and 550 boxers. The athletes fought in Edmonton, Alberta, between 2003 and 2013. Medical exams are required after a match for both sports, the researchers said.

Mixed martial arts fighters were more likely than boxers to suffer an injury during their bouts -- about 59 percent versus 50 percent, the study found. But most of those injuries were minor, such as cuts and bruises.

Compared to mixed martial arts fighters, boxers were almost twice as likely to lose consciousness during a match. Boxers were also more likely to have serious eye injuries, and to receive medical suspensions due to injuries suffered during bouts, the research showed.

The study was published in the Clinical Journal of Sports Medicine.

"Yes, you're more likely to get injured if you're participating in mixed martial arts, but the injury severity is less overall than boxing," lead author Dr. Shelby Karpman, a sports medicine physician at the University of Alberta in Canada, said in a university news release.

"Most of the blood you see in mixed martial arts is from bloody noses or facial cuts; it doesn't tend to be as severe, but looks a lot worse than it actually is," he added.

Karpman believes that mixed martial arts fighters "do not get the respect they deserve for what they're doing -- or the medical treatment -- because the medical community doesn't want to deal with such a bloody sport with head injuries and concussions."