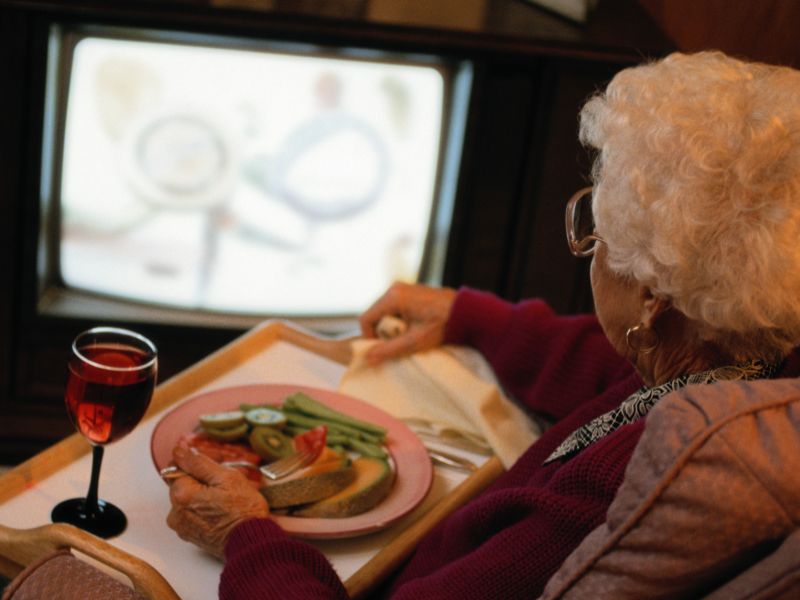 THURSDAY, Oct. 29, 2015 (HealthDay News) -- A new study links watching too much TV with some of the leading causes of death in the United States.

Ninety-two percent of Americans have a TV in their home, according to background information in the study. And 80 percent of American adults watch an average of three-and-a-half hours of TV a day, which is more than half of their leisure time.

"We know that television viewing is the most prevalent leisure-time sedentary behavior and our working hypothesis is that it is an indicator of overall physical inactivity," explained study author Sarah Keadle, a cancer prevention fellow at the U.S. National Cancer Institute.

"In this context, our results fit within a growing body of research indicating that too much sitting can have many different adverse health effects," Keadle said.

In the study, the researchers followed more than 221,000 people, aged 50 to 71, who did not have any chronic diseases at the start of the nearly 15-year study. All were followed until death or until December 2011.

The more TV the older adults watched, the more likely they were to die from conditions such as heart disease, cancer, diabetes, flu/pneumonia, Parkinson's disease and liver disease, the investigators found.

Even after the researchers took into account for other risk factors -- such as smoking, drinking alcohol, calorie intake and health problems -- the association between TV viewing and increased risk of death during the study period remained.

However, the association seen in the study does not mean that watching too much TV causes death from these diseases.

The increased risk of death associated with watching a lot of TV was seen in both active and inactive people in the study, according to the report published online Oct. 27 in the American Journal of Preventive Medicine.

"Although we found that exercise did not fully eliminate risks associated with prolonged television viewing, certainly for those who want to reduce their sedentary television viewing, exercise should be the first choice to replace that previously inactive time," Keadle said in a journal news release.

The findings add to growing evidence that spending too much time sitting is a threat to health.

"Older adults watch the most TV of any demographic group in the U.S.," Keadle said. "Given the increasing age of the population, the high prevalence of TV viewing in leisure time, and the broad range of mortality outcomes for which risk appears to be increased, prolonged TV viewing may be a more important target for public health intervention than previously recognized."