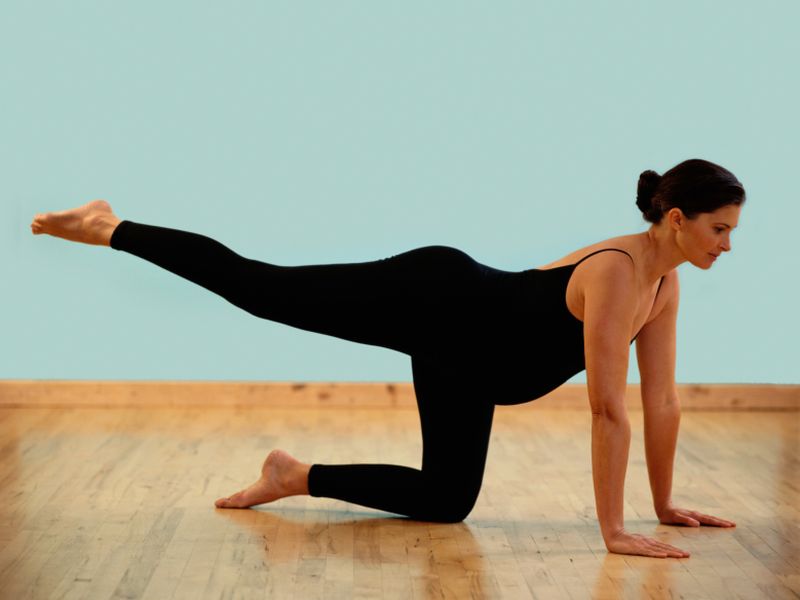 TUESDAY, Oct. 13, 2015 (HealthDay News) -- Women who routinely exercise in the three months prior to conceiving may help themselves avoid the pelvic pain that often occurs during pregnancy, Norwegian research suggests.

The finding is focused on so-called "pelvic girdle pain," the researchers explained. The name reflects a constellation of joint and ligament pain often brought on by pregnancy, and for 2 percent to 3 percent of women, this pain can linger for as long as a year after delivery.

Would exercise help? To find out, investigators led by Dr. Katrine Mari Owe, of the Norwegian Institute of Public Health, reviewed data on more than 39,000 women who had been enrolled in a national study between 1999 and 2008.

Almost 57 percent said they exercised at least three times a week in the three months before becoming pregnant. And nine out of 10 of those exercising women said they had continued to exercise as late as 17 weeks into their pregnancy.

While the study couldn't prove cause-and-effect, risk factors raising a mom-to-be's odds for pelvic girdle pain included smoking, obesity and having a prior history of depression or lower back pain. Young mothers-to-be (those under 25) also appeared to face a higher risk than older women, the study found.

However, the risk was lower among those women who had exercised three to five times per week in the months prior to pregnancy, Owe's team reported.

Was any type of exercise more effective? After looking at 13 different types of exercise, Owe's team found that high-impact exercise -- such as jogging, aerobics, and ball games -- were most strongly associated with a diminished risk for pelvic pain.

Specifically, high-impact exercise performed three to five times a week prior to pregnancy was linked to a 14 percent dip in risk by the time the women had reached their 30th week of gestation, the researchers found.

The findings were published online Oct. 4 in the British Journal of Sports Medicine.