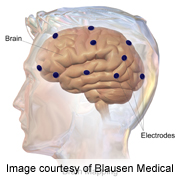 TUESDAY, April 2 (HealthDay News) -- The Obama administration unveiled plans Tuesday for a mammoth and unprecedented study of the mysterious inner workings of the human brain.

President Barack Obama, who first cited the need for brain research in his State of the Union address in February, asked Congress to commit $100 million in 2014 for the 10-year project, which will record and map brain circuits in action.

The initiative will involve scientists, government agencies and private foundations teaming up to create a detailed map of the brain, which is composed of billions of neurons, or nerve cells. The hope is the findings will lead to a better understanding of brain disorders such as Alzheimer's, Parkinson's and autism, as well as psychiatric conditions and brain injuries.

The White House said in a statement Tuesday that the goal of the project -- called the BRAIN Initiative, for Brain Research through Advancing Innovative Neurotechnologies -- will be "to revolutionize our understanding of the human mind" and create jobs.

The president told scientists gathered in the White House East Room that the research, which he called one of the administration's "Grand Challenges," has the potential to improve the lives of billions of people worldwide, according to the Associated Press.

"As humans, we can identify galaxies light-years away," Obama said. "We can study particles smaller than an atom, but we still haven't unlocked the mystery of the three pounds of matter that sits between our ears."

The effort will require new tools, not yet available to neuroscientists, that need to be developed to record hundreds of thousands of neurons at once. And, as part of the initiative, Obama was expected to require a study of the ethical and legal implications of such advances in neuroscience, The New York Times reported.

Three government agencies -- the National Institutes of Health, the Defense Advanced Research Projects Agency and the National Science Foundation -- are involved. A working group at the NIH, headed by Cornelia Bargmann of Rockefeller University and William Newsome of Stanford University, will define the goals and develop a multi-year plan.

In a statement, the White House named the private-sector partners as The Allen Institute for Brain Science, the Howard Hughes Medical Institute, the Kavli Foundation, and the Salk Institute for Biological Studies.

Supporters of the initiative said it could have an impact similar to the Soviet Sputnik satellite in the 1950s, when the United States responded with a significant nationwide effort to invest in science and technology, according to the Times.

And scientists hailed the premise.

"Right now, a billion people worldwide suffer from brain disorders and we have very little capacity to prevent them, treat them, or cure them. Making the 'Brain' project a high priority for decades to come should have a very powerful impact on disorders of the human brain," said John Morrison, dean of the Graduate School of Biomedical Sciences at the Icahn School of Medicine at Mount Sinai in New York City.

He added, "It will elevate our capacity to develop prevention strategies, treatment, and cures over the next few decades, with the clearest target being Alzheimer's disease... The neuroscience community is extremely pleased to see the brain put at such a high priority by the White House."

Dr. Raj K. Narayan, director of North Shore-LIJ's Cushing Neuroscience Institute in Manhasset, N.Y., said the "initiative has the potential of turbo-charging neuroscience research. The working group has been given responsibility of developing a strategic plan to use the money effectively. The committee has good leadership and we look forward to their recommendations and hope that these initiatives will bring scientists into closer working relationships with clinicians."

Other experts had welcomed news of the project after Obama's remarks in February.

"This initiative has the potential to revolutionize our understanding of neural circuits, providing the fundamental knowledge that is critical for developing treatments for a host of neurological and psychiatric disorders," said Dr. David Fitzpatrick, scientific director and chief executive officer of the Max Planck Florida Institute for Neuroscience, in Jupiter, Fla.

Dr. Ashesh Mehta, head of the Laboratory of Multimodal Brain Mapping at the Feinstein Institute for Medical Research in Manhasset, N.Y., said the advent of new brain-mapping technologies has brought "an explosion of information in recent years, and the need to coordinate and synthesize this information from the single neuron to the whole brain is upon us now.

"This [the brain project] would not only pave the path toward treating neurological and psychiatric disorders such as Alzheimer's disease, autism, depression and paralysis," Mehta added, "but it will also help us develop better technology."

In his State of the Union remarks, Obama said, "Every dollar we invested to map the human genome returned $140 to our economy. Every dollar."

The White House added a fresh perspective to that Tuesday morning.

"As a result of that daunting but focused endeavor, the cost of sequencing a single human genome has declined from $100 million to $7,000, opening the door to personalized medicine," the statement said.